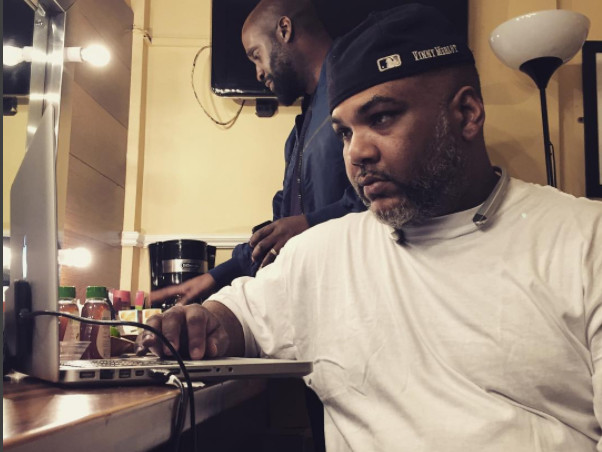 Los Angeles, CA – When De La Soul unleashed its 1993 video for “Ego Trippin’,” the intention was to spoof the mainstream rap that was popular in the early ’90s, which often depicted rappers flossing expensive jewelry, fancy cars, outrageous mansions, and a revolving door of female “acquaintances.”

The irony was that most of the time, they didn’t own any of that nor did they have a harem of scantily-clad women tending to their every need at any given moment. The New York trio — Pos, Dave and Maseo — were on the other end of the spectrum and toted conscious and eclectic Hip Hop that spoke to the more intellectualized segment of the Hip Hop demographic. Meanwhile on the West Coast, Tupac was delivering his own brand of street-smart gangster rap and while he certainly spit about some complex issues, he did it in a way that sometimes catered to the superficiality found in popular rap.

In the HipHopDX weekly series, The Breakdown, Brand Ambassador of DX Justin Hunte explained how the “Ego Trippin'” video was interpreted by 2Pac as blatant diss to what the West Coast legend was doing at the time, more specifically thought they were spoofing his “I Get Around” video. Despite Pos and Dave telling The Company Man in a 2010 interview there was indeed a misunderstanding over the video, Maseo asserts it wasn’t “beef,” but admits they would have done things differently today.

#DXBreakdown: Tune in every week.

“When I went to look back at it, it obviously shows some depiction of the ‘I Get Around’ video,” Maseo says in a phone call from Argentina. “Had we known that, it never would have happened because at this time, we was just rushing to get a video shot based on what we were dealing with in regard to the album at the time.

“It was an idea that the director implemented spinning off of what we were talking about in the song,” he continues. “At that time, we were saying what everybody’s saying right now. No one owns the house they’re in when they’re shooting a video. No one owns the jewelry they wear and a lot of them don’t even own the cars they drive in the video. It wasn’t a depiction of ‘Pac, it was a depiction of things that had been going on in Hip Hop in rapper’s videos. Even in the video, Dave is driving a Mercedes and there’s a caption over him that says, ‘It’s a rental.’ It was kind of spoofing a lot of videos at that time.”

Maseo is adamant it was never meant to single out ‘Pac. In fact, he believes if ‘Pac was alive today, he would be saying the same thing they were saying back then. However, he does say it was a blunder on De La Soul’s part.

“Even when I look at video, I would say more Puffy than Tupac,” he says. “Even that wasn’t the angle. Mind you, it was a complete oversight. Had I noticed that, it probably wouldn’t have gone in the video. This was ’93 and it was real touchy times, when rappers were focused on subliminals and innuendos, and what somebody could be saying without really saying it. Between ’93 and ’98, it was a real sensitive time with lyrical content and images of that could be portrayed as disrespect. We aren’t even a group that’s about that shit, so at the end of the day, when ‘Pac made the [diss] record, we were confused by it.”

Strictly 4… The Underground didn’t stop for anything with a XX chromosome in this memorable video.

Since De La’s seminal album, 1989’s 3 Feet High and Rising, the group has always been about having a sense of humor. They maintain they never had any malicious intent whatsoever.

“It was just about making a point about what had been going on in the videos like I said,” he reiterates. “It was a portrayal of what’s going on in the videos is not real. There was no beef. He was upset and he dissed us. That was it. Beef is when you have a physical altercation or when you’re going back and forth. It never did that. Never. If we would have had the opportunity to explain it back then to ‘Pac, it would have been resolved. Period.”

After 30 years in the game and a 12-year proper album hiatus, De La Soul released their ninth studio album in and the Anonymous Nobody… this past August to positive reviews.