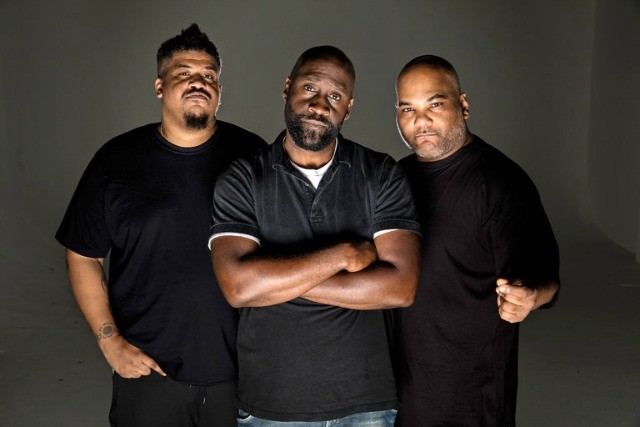 With the release of De La Soul’s ninth studio album, and the Anonymous Nobody…, the latest offering from Posdnous, Maseo and Dave is being dissected across every major Hip Hop blog, most likely leaving many younger readers wondering, “Why should I care? They’re old.”

Aside from the fact De La Soul is among the upper echelon of pioneering classic Hip Hop artists, there are countless reasons De La Soul should be thrown in the rotation along with Drake, French Montana, Kanye West, and Kendrick Lamar, who make up the vast majority of the current Hip Hop landscape. From their complex rhyme schemes and humorous storytelling to their sample-based lessons in music history and seemingly effortless delivery, De La Soul should resonate with people of all ages.

Prince Paul, who produced the group’s first three albums — 1989’s 3 Feet High and Rising, 1991’s De La Soul is Dead and 1993’s Buhloone Mindstate — sampled a wide range of artists, including Beastie Boys, Hall and Oates, and Parliament Funkadelic. Being familiar with where each sample comes from is what it takes to not only be a good producer, but also an educated connoisseur of Hip Hop.

“To me, it’s like any person who is into good music digs into the Rolling Stones, Charlie Parker, or Bob Marley, etc.,” Prince Paul tells HipHopDX. “De La Soul is just good music with an edge. Music that touches your intellect and your soul to me is timeless and I think these albums embody that.”

Beginning with the sample-heavy masterpiece, 3 Feet High and Rising, De La Soul captured an undeniable innocence when recording the album, unparalleled by most of their contemporaries. After all, the Long Island trio was comprised of teenagers at the time, and Prince Paul was barely in his 20s. Throughout the album, which includes classics like “Me, Myself and I” and “Potholes in my Lawn,” Prince Paul often caught them messing around in the booth, and included it on the album, adding a level of humor De La Soul has since embraced. It also introduced the D.A.I.S.Y. age to the rest of the world, which is more or less Hip Hop’s free-thinking set.

“It was a fresh-faced view upon the world,” Prince Paul says. “Being naive seemed to work in our advantage of being fearless in recording.”

Below are 10 reasons (in musical format) De La Soul is just as relevant today as they were nearly 30 years ago.

While making 3 Feet High and Rising, De La wasn’t inhibited by label constraints or pressure to conform to a certain style. They just did what they felt and had fun in the process. In the video, they take it back to the classroom, conveying their own struggles with school. From Pos donning a dunce cap to Dave getting bullied by other classmates, they know all too well how difficult school can be. “Me, Myself and I” talks about relying on your own individual strengths to persevere.

Like most kids, Pos, Dave and Maseo just wanted to laugh. Roller skating was the jam back in the ‘80s and on Saturday nights, it was the happening place to be. With A Tribe Called Quest’s Q-Tip taking center stage as the song begins, the trio continues to swap verses about chilling on the weekend. With its upbeat vibe and impeccable rhyme patterns, it’s an ideal soundtrack to any weekend fun.

De La Soul can be emotional if they want to be. As one of the breakout singles of Buhloone Mindstate, “Breakadawn” samples Michael Jackson’s “I Can’t Help It,” lending it its laid back feel and more serious tone. Trading verses about their upbringing, the trio lets listeners into their psyches a little more than usual.

Class Of ’87: With a Grammy Award, more than five million albums sold and a third of their catalog arguably being considered classic material, De La Soul has established their legacy forever. In 2013, they actually gave away their entire discography for free to help the new generation catch up to their progress.

4. The “Real Hip Hop” Your Older Brother Is Always Screaming About

De La Soul has swagger and consistently works with some of the most gifted beatsmiths in the industry. The J Dilla-produced “Stakes Is High” sums up exactly what the group was going through at the time. It was their first album without Prince Paul, which posed a risk by deviating from a formula that clearly worked in the past. The group maintained its level of confidence with lines like “Everything I say should be a Hip Hop quotable,” indicating they had no doubt it would still be a classic album. Although not initially a commercial success, it is now often referred as another De La masterpiece.

Every rapper worth their merit should know how to throw a good party. With veteran female MC Rah Digga as “Dorothy,” Busta Rhymes as the “wizard” and the rest of De La as various characters from The Wizard of Oz, the video represents the song’s playful nature and illustrates their willingness to get wild.

There’s a popular comedy video floating around the web, basically outlining how rappers went from speaking out against drug use to glorifying drug dealing, to advocating abusing them. It’s true. But Mary Jane has proven to be a trusted companion above everything else and if you’re the type of fan who doesn’t want that antidote let out the window, the time De La and Cypress Hill made storytelling magic during a puff-puff-pass session is just for you.

De La Soul is down with Wu-Tang Clan. If Wu-Tang shows love to De La Soul, that must be a sign of the respect they get from not only their fans but also their peers as well. The Grind Date features more top-shelf producers, the late Dilla once again, Madlib and 9th Wonder, as well as Supa Dave West, who handled the majority of the AOI albums.

When you been putting it down for 30 years, you tend to understand the plight of budding young rappers. First Serve was a concept album that revolves around a fictitious rap group trying to break into the industry. The album details the group’s eventual success it in the music industry, their subsequent success, breakup, and reformation. Even they were struggling to make an impact early in their careers, so if they can do it, other kids can do it, as well.

De La Soul regularly works with OG rappers, as they tend to qualify as OG rappers themselves. On their latest offering, which dropped August 26, Snoop Dogg pops up on easily the most infectious song on the 18-track album, and the surprises don’t stop there.

Naturally, De La Soul’s style has evolved over the years and morphed into a variety of eclectic sounds, but they’re still blurring the lines of Hip Hop and carving out their own individual take on the genre. By keeping their ears open to popular culture and finds a way to incorporate all different kinds of artists and yes, that even means they find a spot for mainstream rappers like 2 Chainz.

They’re not old…they’re seasoned, and have only gotten better with age.

“De La Soul is forward moving and pushing boundaries at a time of complacency in music,” Prince Paul explains. “Even the throwbacks hints at the imagination of what the future can be.”