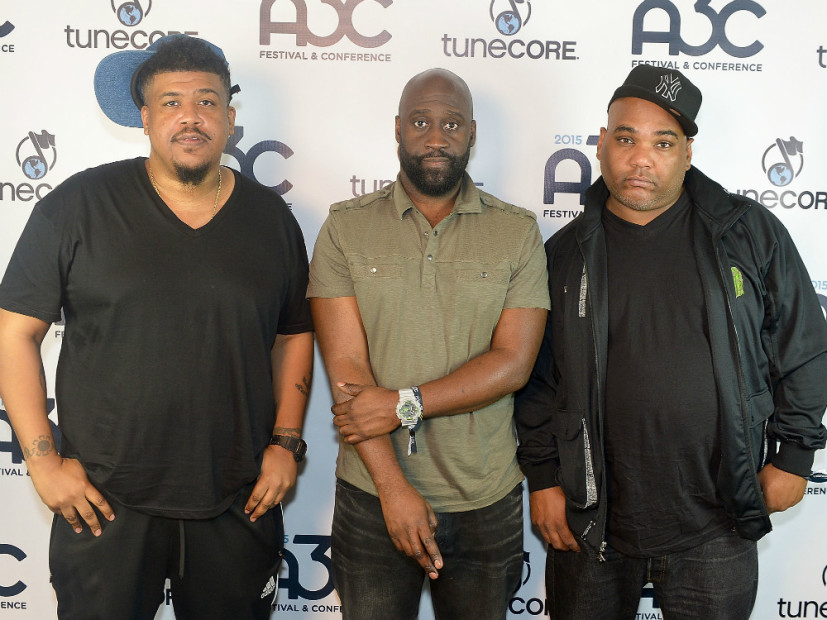 Stream De La Soul's "And The Anonymous Nobody"

After much deliberation, preparation and calculation, De La Soul’s first studio album in eleven years, And the Anonymous Nobody is finally available.

The album was originally announced more than a year ago and funded through Kickstarter. It was produced exclusively in-house and features A1 guest appearances from the likes of Snoop Dogg, Usher, 2 Chainz, Jill Scott, Pete Rock, Roc Marciano and several others.

The iconic Hip Hop trio are celebrating nearly 30 years of activity and enjoyed two album anniversaries this year in De La Soul is Dead and Stakes is High, to which HipHopDX interviewed them for both.

Stream it below and cop it on all digital retailers.

After a roller coaster rollout, De La Soul has released the pre-order for its forthcoming album, And the Anonymous Nobody.

The project is set for an August 26 release and is listed as having 17 tracks. Features on And the Anonymous Nobody are to include Snoop Dogg, Jill Scott, Usher and 2 Chainz. The illustrated cover art is designed by Pablo Stanley.

According to a press release, the eighth studio LP from Maseso, Trugoy and Posdnuos is going to be sample-free and blend De La Soul’s classic sound stemming from its 1989 debut album, 3 Feet High and Rising, with the sound of today’s industry.

“This album is about lending to the scape of music in 2016, trying to give something, not for the sake of we want to balance what’s going on or fix Hip Hop,” Trugoy, aka David Jude Jolicoeur, says in the press release. “We just want to say something to the creative aspects of music.”

And the Anonymous Nobody will be released independently. The legendary rap trio raised the funds for it via Kickstarter, which brought in more than $600,000.

The release date for the LP has been pushed back due to the creative process and task of creating a truly independent album.

To hold fans over, De La Soul released the For Your Pain & Suffering EP last month. The group understands fans’ frustration at the wait for the album and wants them to know that And the Anonymous Nobody will be worth the wait.

“The title definitely encompasses what the fans have been saying on our comments list for the Kickstarter,” Jolicoeur said to HipHopDX of For Your Pain and Suffering. “We wanted to address their beefs or how they felt. We’ve been taking some time with this record, but there’s no apology for the time that’s been taken. It’s like we realize that these people fund the album and we appreciate that. But then again, we have a project that we’re releasing for the world as well. And there are more fans outside of the 11,000 people who backed the project. We really respect and appreciate that, but at the same time, we gotta do this record right. And I know there’s a lot of impatient people and not only the impatient people, but we’ve made some promises that we’ve broken and for the pain and suffering why not give them some music?”

Pre-order And the Anonymous Nobody here.

De La Soul’s And the Anonymous Nobody cover art, tracklist and album trailer are below: