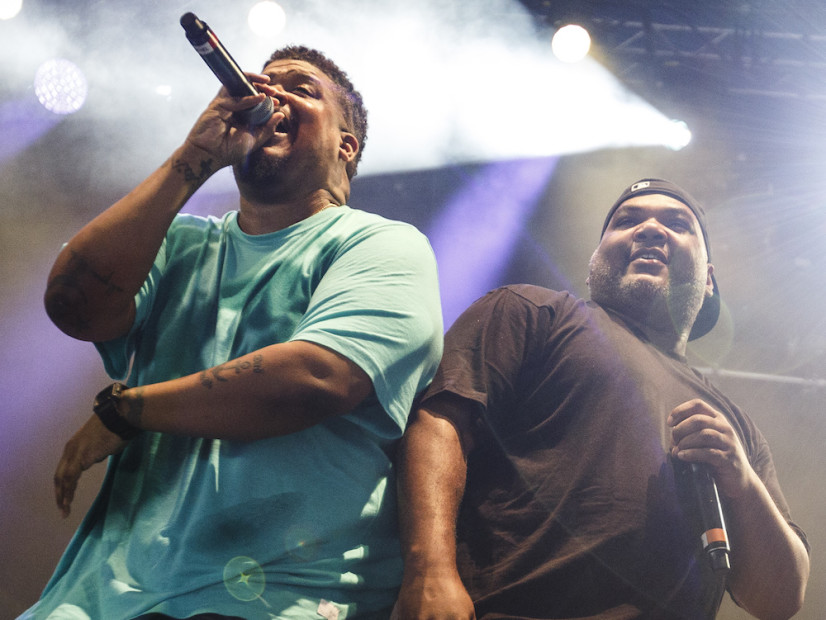 De La Soul has released its For Your Pain & Suffering EP, its title likely alluding to the fact that its long-delayed crowd-funded And The Anonymous Nobody album has been pushed back again.

The four-track EP features Dave West on “Beautiful Night” and is available to stream below.

In November, Posdnous, Trugoy and Maseo said that their And The Anonymous Nobody album would be released today (April 29).

“The release date for this album is August 26th; you guys are gonna get this project,” the group writes on its Kickstarter page, per reddit user WeaponizedPumpkin, who notes that the page is only available to those who have backed the project. “This summer, our first single, featuring Snoop Dogg, entitled Pain. Y’all will be checkin that out, and the video will be coming with that as well. We’re just so happy to get you guys this music, finally. We know you’re going to enjoy it, so again, thank you for your support all the way through.”

De La Soul also says that doing more than just making the music has led to the delay.

“Playing the part of the label,” the group says, “it has been a learning experience for us. Of course we want you guys; the funders, the supporters to get this project first, but we also want the world to have it and in that, we had to find a distribution deal. We had to find someone who can get this project to you and everyone else around the world. So finally, we’ve partnered with Kobalt music, and they’re going do an excellent job at making sure this De La album gets the exposure and is everywhere for everyone to purchase it.”

The For Your Pain & Suffering EP tracklist and stream are as follows: