De La Soul Explains 2 Chainz "and the Anonymous Nobody” Collaboration 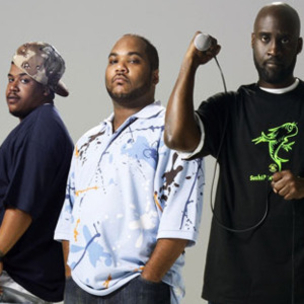 The group, which is comprised of Posdnuos, Dave and Maseo, says it went about selecting its features as it has done throughout its career.

“Whatever music we’re working on, one of us will say to the others, ‘You know, this sounds like it could have this person or that person on it,’” Posdnuos says during an interview with Ambrosia For Heads. “So it really came about that way, even with these artists. One track that we had, Dave was like, ‘Yo, I hear 2 Chainz doing the chorus, like I can hear it.’ So we reached out, and he was like, ‘I don’t wanna do the chorus, I wanna rhyme.’”

As for the and the Anonymous Nobody title, Dave says it applies on a grand scale.

“It’s the individual that steps up and stands for something, you know?” he says. “I thought it was a nice set of words. That’s how it really started. I basically used the name when I do donations and stuff, anonymously. So I brought it up to the guys and it kinda made sense with what we were doing. You know, you’ve got a group of people who come together, selfless, who just say, ‘I wanna get down with this project,’ and stood up for something that’s cool. I don’t think people do that too much anymore. For me, personally, I think the anonymous nobody is the person who doesn’t need to say, ‘I was part of it. I’m this person. I’m an every day person who just wants to contribute.’”