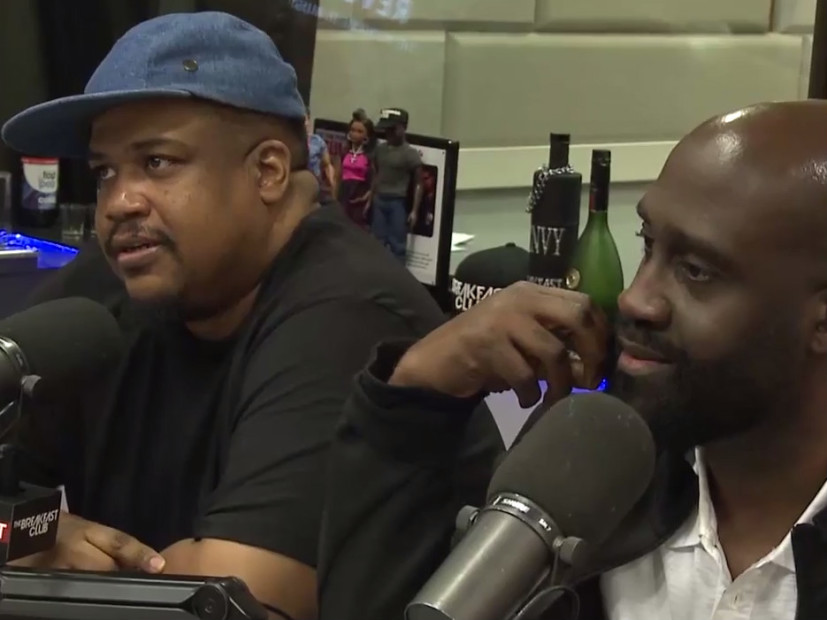 De La Soul is set to release its eighth studio album tomorrow (August 26) with and the Anonymous Nobody. As a member of the legendary Native Tongues collective, the trio will always be linked to A Tribe Called Quest. But in an interview with The Breakfast Club, De La Soul, being represented by Dave (fka Trugoy) and Posdnuos, explains how it created its own legacy.

“We like the fact that we see our brothers excel and do bigger things, but again I think for De La, we never felt like there was a competition or a need to be like Tribe or anywhere near Tribe,” Dave says. “I think for our last almost 30 years, traveling throughout the world was enough to satisfy our relevance and our importance in the game.”

Dave understands that possibly a lack of controversy, the subject matter of the music and De La Soul‘s decision to make a push in the European market might have hurt its impact in the United States. But instead of worrying about where other people rank the group on all-time lists, he says De La is satisfied with its international presence.

“I remember the days where we was like, ‘We heading overseas.’ And Tribe was like, ‘Yo we ain’t going over there. That’s not really where we want to be. We want to be in the States,'” he recalls. “And I think a part of that kind of slipped for us, but again for the most part, like I said, traveling throughout the world, it’s a good vibe and a good feeling. Whether people think that we don’t stand up to the measures of another group or not, it’s always felt good for us.”

Nearly 30 years after releasing its debut album, 3 Feet High and Rising, De La Soul says that it is not looking for a pat on the back for and the Anonymous Nobody.

“That’s just like the innocent bystander, the person who kinda steps up to the plate and does a good deed for the greater good of everybody,” Dave says of the album concept. “I’m not looking for any pats on the back, any awards, anything like that. I just step up because I feel like something needs to be done. It’s obviously a contradiction of two words, being anonymous is because you are somebody, you are known, but this is people who just step up for the greater good of just doing something right, doing something that’s going to contribute and not thinking about any accolades.”

The project was a labor of love as it was funded by a $600,000 Kickstarter campaign. The group’s biggest supporter was comedian Russell Peters, who supported the group by purchasing one of their certification plaques for $10,000. But De La Soul is thankful for everyone who contributed as they seek to further their creative process, including enlisting Snoop Dogg for a feature. Pos says that the feature shouldn’t be as surprising as some make it.

“It’ll be the artists’ fans who think that this artist that we into, Snoop shouldn’t do a song with De La or vice versa,” he says, “but we all as artists loved each other. From the beginning of ’89, us being on the tour with N.W.A, we always talked about collaborating….For us, it was always about finding the right track, in terms of if the track feels like yo, this instrument, we need this piano, we need this extra kick or we need this Redman. It sounds like Redman. For us, if it makes sense, we will marry the right thing to it for it to work organically.”

Watch the video of De La Soul talking about its legacy compared to A Tribe Called Quest’s below.