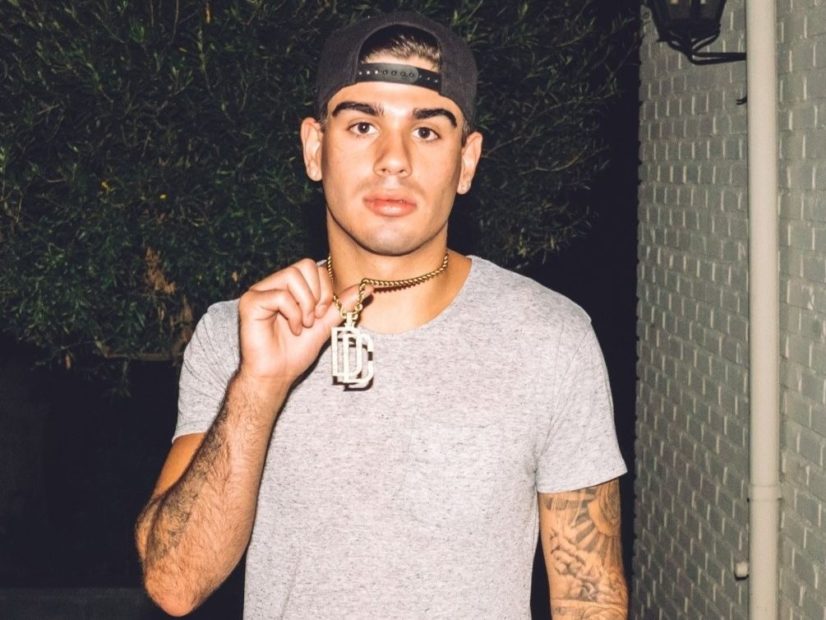 Although Papamitrou Boi (formerly Nick Papz) is not a household name (yet), the burgeoning producer is already featured on one of 2018’s biggest releases — Meek Mill’s Championships.

Dropped last November, the gold certified album boasted guest features from some of Hip Hop’s most powerful figures, including Rick Ross, Drake and JAY-Z. So imagine the Massachusetts native’s surprise when he was plucked to not only contribute to the Philly MC’s fourth studio album but also offered a deal with Dreamchasers.

“They found me on Instagram,” Papamitrou tells HipHopDX. “I didn’t get really serious about making beats until my freshman year of college. I started putting a lot of YouTube videos out. I would put Meek Mill-type beats up all the time and it would hit. I have a couple that have a couple million views.

“I started posting Instagram videos saying, ‘Meek Mill would love this beat.’ I was just trying to get a little bit of attention, thinking maybe someone will catch something. Next thing you you know, I look at my notifications and it said Meek Mill liked your video.”

Despite his disbelief, Papamitrou wound up co-crafting beats for four Championships tracks: “Intro,” “Uptown Vibes” featuring Fabolous and Anuel AA, “Respect The Game” and “Cold Hearted II” — but not before he caused a major disruption in his college classroom.

“I was like, ‘This can’t be real,'” he says. “I’ve seen Meek open his phone and he has a million notifications on Instagram, but I guess it was just perfect timing and I got a phone call. I was already friends with Meek’s DJ, DJ Bran. He found me through YouTube and we were just friends. We were just making beats together.

“DJ Brand called me with Meek’s right hand man, Coon Philly, and they were like, ‘We wanna sign you. We love your beats. We’re working on Dreamchasers 4. We wanna fly you down to Los Angeles. I was in class as the time at college and I completely flipped my desk and walked out.”

Drop a ? if you ready for that real s*%t

Surprisingly, the 23-year-old managed to finish his degree and now, he’s ready to take on the world.

“I just want to continue everything with Meek and I wanna build that signature sound with Meek like how Metro Boomin has with Future,” he says. “I want everyone to know that me and Meek are that duo that everyone is gonna love.

“I definitely wanna keep progressing with other artists as well. Me and Dave East have a very good connection as well as me and Don Q. Me and Fabolous are just getting a connection together because I did that ‘Uptown Vibes’ record.”

We made some super real s*%t last night ?? @meekmill

When Papamitrou makes a beat, it’s contingent on the mood he’s in at the time.

“‘During Respect The Game’ and ‘Cold Hearted II,’ I was kind of going through a hard time and it definitely influenced it a lot,” he admits. “But if I’m at the club or something, sometimes I will just look around at people’s reactions to certain songs.

“A lot of people don’t know Hip Hop or just music in-depth in general. It’s really all about the beat. If the beat’s hot, people will go crazy about it. I’m like, ‘Damn, I wish people had that reaction to my music.’ So the next morning, I’ll come back from the club and I’ll stay up till six in the morning like, ‘I’m gonna make a beat like this.'”

For now, Papamitrou is reveling in his newfound success and simply happy he’s making his parents proud.

“My parents love it,” he says with a laugh. “My mom doesn’t really understand it that well, but my dad loves it. My dad knows more about the music business than I do. He made his own little Instagram account. It’s so funny. My dad will stay up until midnight just to watch Meek on Jimmy Fallon.”

Meek embarks on The Motivaion Tour this month. The North American run kicks off on February 19 in Miami and wraps up on March 24 in Georgia. Papamitrou will appear on select dates.