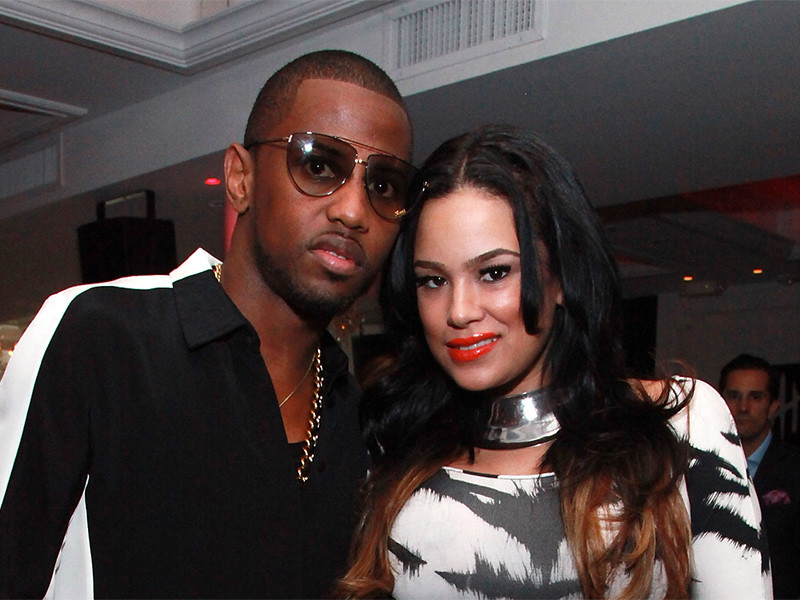 Fabolous is reportedly facing four felony charges for allegedly assaulting Emily Bustamante a.k.a. Emily B, his longtime girlfriend and the mother of his two children. According to TMZ, a grand jury indicted him last week in New Jersey.

The veteran MC has been indicted for one count of domestic violence with significant bodily injury, one count of possession of a weapon and two counts of threatening to kill. All four charges are third-degree crimes that could each elicit up to five years in prison.

Fabolous allegedly punched Emily B seven times in the assault. Footage of him threatening his girlfriend and her father while brandishing scissors also surfaced soon after the incident.

In the video, Fabolous tells Emily B’s father that he “has a bullet with your name on it.”

[This post has been updated. The following was originally published by Henry Mansell on March 29, 2018.]

Fabolous was arrested on Wednesday night (March 28) after he allegedly assaulted his longtime girlfriend Emily B, according to TMZ. He was reportedly booked with aggravated assault and making a terroristic threat.

The publication – citing sources connected to the couple — reports Fab turned himself in to authorities after his girlfriend — a former cast member of Love & Hip Hop — called the police saying she had been assaulted.

Fabolous subsequently went to the precinct in the couple’s current hometown of Englewood, New Jersey with his attorney. He reportedly didn’t spend any time in jail, though he was cited for the alleged incident and given a ticket to appear in court.

The couple first got together well over 10 years ago. They welcomed their second child together in June of 2015.

Fabolous has yet to directly comment on the alleged incident publicly, though he did share a cryptic note on Instagram during the early hours of Thursday morning (March 29).