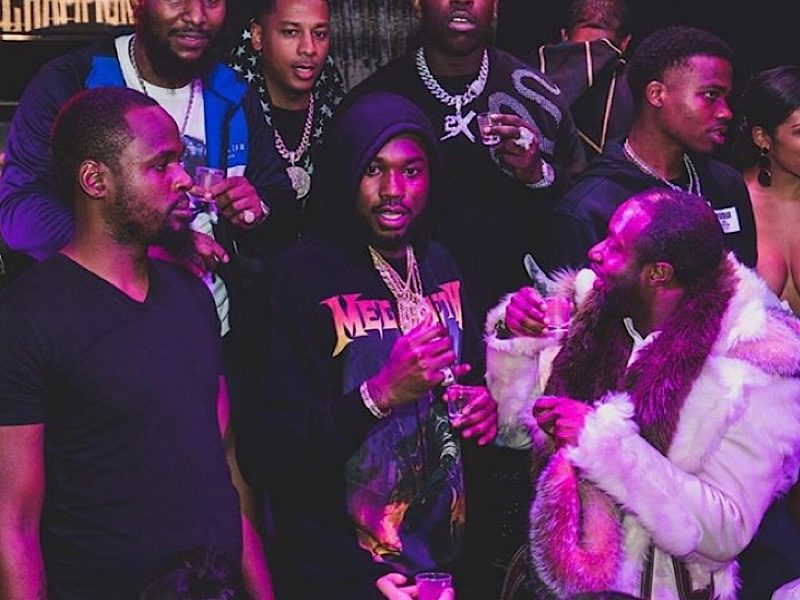 Fresh off of his latest album Championships, it appears that everyone wants a piece of Philly icon Meek Mill. According to a series of posts to his Instagram Stories, it looks as though it’s becoming less flattering and more overbearing by the minute — especially when it comes to male fans who keep rushing the VIP while he’s in the club.

Oop! #MeekMill needs a little breathing room when he’s out! He said he appreciates the love but chilllllllll ?? (swipe)

“The way people be tryna get in the [VIP] section is pitiful man,” he writes. “I be tryna hold everybody down but it’s getting outrageous … some of y’all have to see y’all selves from teh outside! ”

He then specifically calls out the male groupies — or as one commenter dubbed “moupies,” who seem to be on the Meek train this season. “Last year it wasn’t that many people around,” he notes.

While Meek concedes that he does appreciate the attention, he says that many unknown faces are taking advantage.

“My real family and friends can’t even get next to me … we didn’t even invite you and you mad u can’t get in the section,” he adds. “I be acting like I don’t be paying attention but I really do be.”

With everyone seemingly pro-Meek, the rapper insists “all in all I appreciate the love.” However, of you’re trying to get in the mix without being asked to do so, be aware that Meek is watching, and judging.