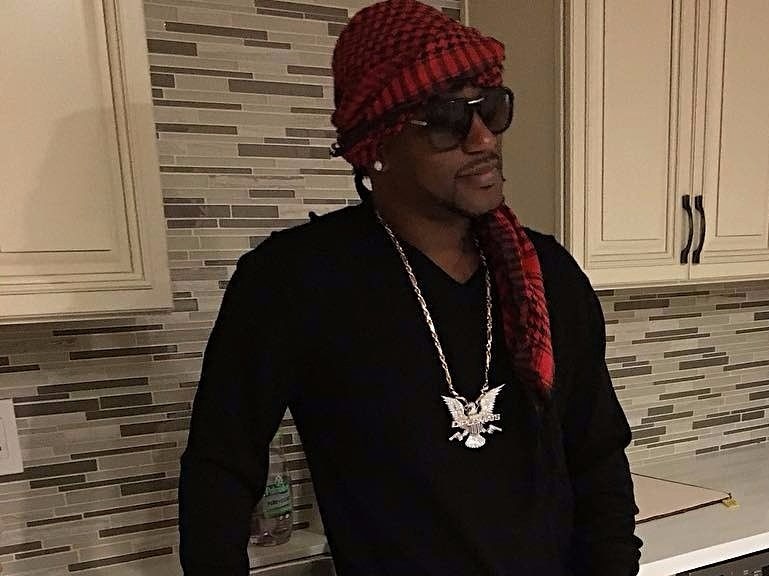 HipHopDX – This week in Hip Hop, Mase dropped a diss record titled “The Oracle” aimed at Cam’ron. Also, 21 Savage penned an Instagram note berating the “OG rappers” who don’t appreciate the artistry of the younger generation and Eminem Revival’s gets another rumored release date.

Mase fired back at Cam’ron with “The Oracle” over JAY-Z’s “The Blueprint 2” instrumental as a response to Cam name-dropping him on his new mixtape The Program Friday (November 24).

Rap Twitter went nuts and Cam’ron’s online response was short and sweet: “Good morning to u to betha…lol, Let’s play nigga..,” complete with a kissy face emoji.  He previewed his response to Mase’s diss on Friday (November 24).

@myfabolouslife we gonna play this at ya party 2nite. I herd he coming?we'll be there!! Song #BlackFriday #TheProgram2 January 1. Hiiiii Betha ? Austin TX 2mr #TheProgramTour @officialheatmakerz

Read more about Mase and Cam’ron’s beef and how it all began here.

There seems to be a strange cold war of sorts between the older generation of Hip Hop artists and the younger generation. 21 Savage has something to say to that and shared his thoughts with an Instagram post, questioning if rapping about drug dealing was any better than rapping about doing drugs.

“Why do so many of these ‘Og Rappers’ judge the new generation?,” Savage wrote. “They say we make drug user music like making drug selling music is better what’s the difference? What about the fact that rap is the number one genre of music right now none of y’all acknowledge that. Artists been snorting cocaine and smoking crack since the 70s and 80s did y’all forget that? Instead of judging how about y’all make a change.”

As the old adage goes, “People who live in glass houses shouldn’t throw stones” and T.I. seems to agree with 21’s note to the OGs.

When Will Eminem Release Revival?

Eminem has his fans anxiously waiting for his ninth studio album Revival. They’ve been let down a few times and now there seems to be more possible dates for Em’s upcoming release.

Target has Eminem’s Revival listed as coming out December 15th. HYPE from hiphopheads

Read more about the release of Eminem’s Revival here.

CyHi The Prynce explained to DX why he split with G.O.O.D. Music on #DXLive as well as details on his musical relationship with Kanye West. He says its nothing but love between the two.

“Different songs like ‘I Am A God’ and ‘New Slaves’ and ‘Father Stretch [My Hands]’ — those were songs I was really a part of and it kind of like molded the community to understand when I come out it wouldn’t be so off of what’s the norm of music,” he says. “I think that’s something I got to do that’s dope is instill a few of my ideologies through other people’s music, so now when I come out with mine, it’s a place where it can live versus me just being out there stranded by myself.”

Flavor Flav On Chuck D: “We Can Iron Out These Wrinkles”

Flavor Flav also spoke with DX on his relationship with Public Enemy comrade Chuck D. Flav says like most family members, they have fights, but always come back together one way or another.

“But as years go on, all families have conflict, but usually they end up working it out, and moving on,” he told DX’s Kyle Eustice. “So that’s the situation with me and my partner Chuck D, you know? It’s just a few wrinkles in the situation, but we can iron out these wrinkles and we can keep it moving. That’s all.”

JAY-Z spit a freestyle over Bone Thug-n-Harmony’s 1994 hit “Thuggish Ruggish Bone” during his set on his current 4:44 Tour and Krayzie Bone appreciated the love. Speaking with DX about the moment, Krayzie crowned Jigga with a “Real MC” honor for the move.

“I looked at it as him doing what real MCs do, [which is] pay homage,” Krayzie said to DX. “At the same time, he knows that we’re one of the biggest acts to ever come out of Cleveland and that resonates with a lot of artists that come thru Cleveland. They always mention, shout out, or do something in reference to Bone. It’s definitely flattering and cool to see somebody of his stature acknowledge that Bone Thugs-n-Harmony did in fact exist and was a great contribution to Hip Hop since the industry seems to forget that a lot.”

Fresh hitmaker Teddy Walton curated a special Spotify playlist for HipHopDX with some of his favorite tunes and detailed his come-up from Memphis to Hollywood as well as his upcoming EP, Mental Health.

“The reason I named it Mental Health is because when I go home some people I know have it,” Walton shared. “I don’t feel like I have it, but I’ve talked to people without knowing that they have a mental illness. My mom works in that field, that’s what she wakes up every day to do. I got mad one day my mom gave away some of my Forces.

“But one day, I was just chilling and Lil Yachty hit me like, ‘Hey, I got your verse just send me some beats,'” he continued. “Yachty is a huge influence on the youth. If I get Yachty on my project, I’m definitely naming it something that means something. It’s going to sound crazy but it’s the fact that you’re going to learn something from it. Dom [Kennedy], Lil Yachty, Juicy J. It’s going to be crazy.”