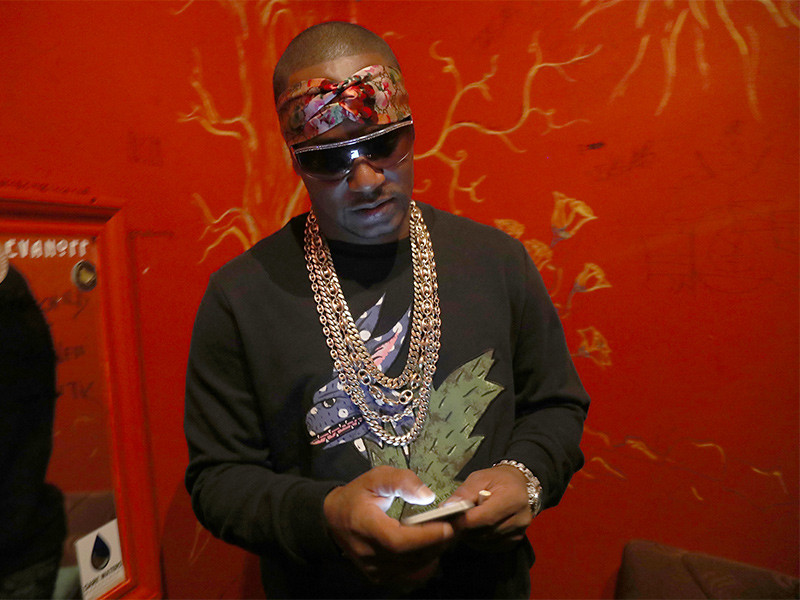 Somewhere in NYC – With Fabolous and Jadakiss finally dropping Friday On Elm Street and now Cam’ron beefing with a newly returned and fully charged-up Mase, November 24 has been the biggest day for ’00s-era NYC Hip Hop fans since the last time the Timberland Factory Store had a two-for-one sale.

Cam responded to “The Oracle” quickly, but without specifically addressing any of the incendiary accusations — including an eyebrow-raising charge about his sister that seems better suited for Westeros than Harlem.

Still, he showed we was up for the challenge by posting an image of Mase, who had left the rap game to become a reverend, holding a bible and captioning it “Good morning to u to betha…lol, Let’s play nigga..,” ending it with a kissing emoji.

Good morning to u to betha…lol, Let's play nigga.. ?

Of course, with it being Black Friday, many Hip Hop fans were still nursing a turkey hangover on the couch or testing out their new phones, so everyone had time to listen to the track and tweet their thoughts.

Jesus Christ Mase, that's somebody's kid and one of my favorite rappers

Cam can’t let this shit be the soundtrack to a 4 day weekend. He do that he might as well cut another video where he tell the cameraman to “get a shot of the pool”

Just to be clear, Cam fucked his sister, Jay-Z shot his brother, Eminem got beef with his mom, Pun was abusing his family and Biggie wanted to suck your daddy’s dick. My childhood is shattered. Hip Hop is gay. Battlerap>>>>>

I’m just baffled at how Mase transitioned away from being a pastor. Is he a born again sinner? Did he declare the end to his ministering?

We lived to witness Cam’ron get violated and disrespected by a former pastor in 2017. Mase, you did it. What a time to be alive. pic.twitter.com/nkipgE0NKe

"P*ssy nigga wearin pink I guess he think he matchin…….I’ma paint the picture and let the hittas make the caption" …. why y'all wake Mase up ?

Dru Hill dropped a new song, I'm listening to Fabolous and Jadakiss, Mase dropped a Cam'ron diss…lemme find some Avirex or Rocawear to throw on

Wait did I wake up to the news that the ancient goats are beefing??? Why am I so exhilarated? Did MASE actually make a new rap song? My thanksgiving dinner table prayer actually worked omg!!!

NYC cats about to save the mp4 of the Mase diss track on Cam'ron on one of these. pic.twitter.com/vV9GMRY52D

New York niggas having the best holiday season ever right now. Fab &I Jadakiss dropped a project. Dave East dropped a project & Mase dissed Camron. What in the Timberland boot is going on out here?

If you’re wondering why Mase dropped this diss, check the Intro on Cam’s new album:

“I would make 80k on a lazy day. Then I watched him play Pop Lotti against Baby Maine. At this time, I’m moving heroin in Maryland. They both died and this nigga turned reverend!”

“Mase you be mason. I mace you with maces
My maze is amazing. Mazin amazement
Pastor life past the life past ya wife
I gave her the dick..yea..that’s afterlife
And you after Christ after mice pooky dooky hoopy poopy
…..dipset “