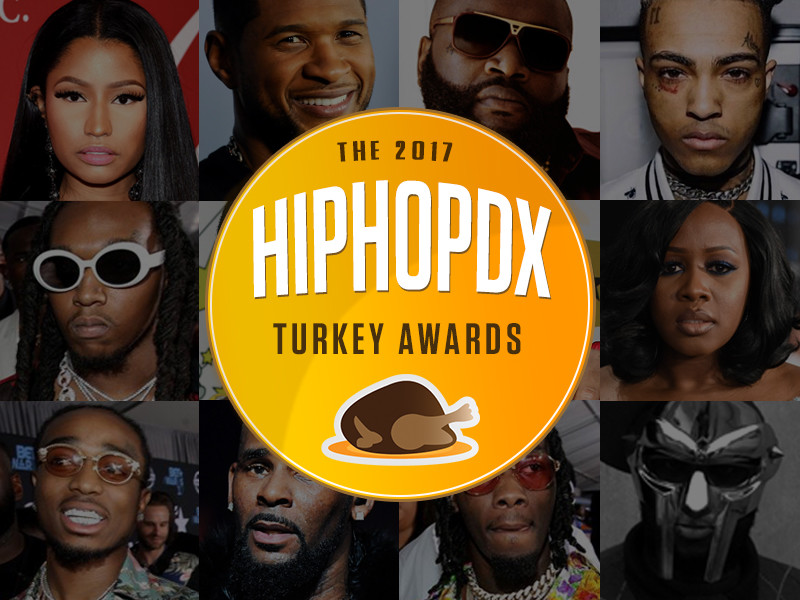 We here at HipHopDX are now in the thirteenth year of our annual Turkey Awards, which have historically shone the ugly light of truth on the year’s fuck shit.

But now these kinds of stories seem to blend in seamlessly with the rest of the weird news cycle we’re stuck in. When the headlines are “President Donald Trump Ducks Battle With Eminem” we know we’re fully through the looking glass.

No need for a long intro though. We know why you’re here. Let’s get to the slander.

The “Lifetime Achievement In A Year” Turkey Award

In less than a year, XXXTENTACION went from having a name no one could pronounce to being a name no one wanted to hear again. X’s missteps in 2017 are too numerous to fully list here — even with him spending the first three months of the year behind bars — but when the lowlights include abuse allegations, a violence-plagued tour, abrasive social media antics, a way-too-short retirement, and too many hair changes, then there’s definitely a problem.

Not even getting slumped on stage in San Diego or getting jumped by Migos’ crew in L.A. could knock some sense into him.

The “Retired With A Record Of 0-0” Award 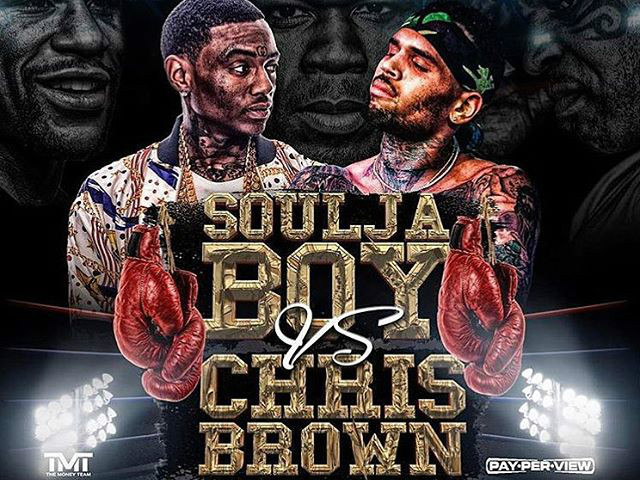 Looking back, it seems appropriate that the bizarre year that is 2017 had its tone set by a rap beef started by an Instagram Like that almost turned into the biggest boxing match of the millennium (forget Pacquiao vs. Mayweather, this would’ve been bigger).

As the drama unfolded publicly on social media, Chris Brown and Soulja Boy jabbed back and forth with volleys of tweets, threw uppercuts in Instagram challenges and NEVER ONCE caught the fair one, even with promotional backing from 50 Cent.

In a world where neither Chris Brown nor Soulja Boy got punched in the face, we’re all losers. 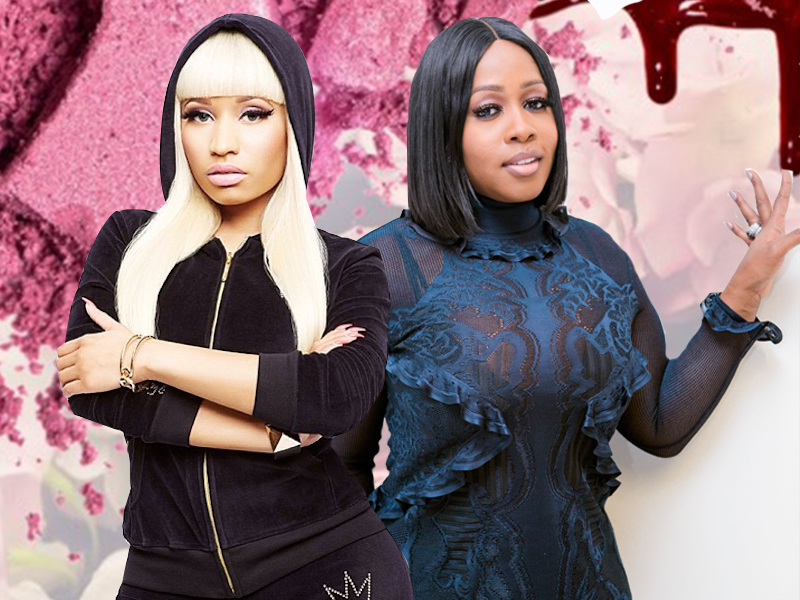 Where do we even start with this one? “SHETHER” mostly lived up to its name, and the world waited for Nicki’s response on wax. Then Remy negated the urgency by going back-to-back when she should’ve gone back to the drawing board, releasing the fizzle-worthy “[this song was so forgettable I’ll have to Google it and add the name later].”

Nicki followed with a semi-passable batch of songs that should’ve closed the loop before quickly sliding off the charts, but Remy kept picking at the scab between announcements that she had moved on from the rivalry.

Remember that next time she has another “What’s good Nicki?” moment at an awards show.

DJ Akademiks and Takeoff unintentionally recreated Dave Chappelle’s Lil Jon skits during an incredibly awkward interview for Complex’s Everyday Struggle at the 2017 BET Awards. What we had here was a failure to communicate. To make matters worse (or better, for meme creators), Joe Budden stormed out the interview and Migos squared up looking like Prince’s entourage. Chappelle is more of a prophet than a comedian, huh?

The “How Does This Guy Still Have A Career?” Award

R. Kelly is allegedly running a sex cult (cue dramatic pause). Every detail that emerged was insane and sounded like something out of a Scary Movie, as in the ones produced by the Wayans Bros. It only got weirder when one of the alleged victims, Jocelyn Savage, started acting exactly like a cult member — refusing to tell an interviewer her location and saying she’s “not allowed to speak on” if she could leave of her free will —  when her family made efforts to get her out of the situation.

Not long after, one of the women formerly in Kelly’s inner circle described the alleged assault and mistreatment she faced over her years of being one of the singer’s girlfriends. Somehow, in the face of all this, Kelly fans have managed to bury their heads in the sand. This dude’s gotta go.

The “U Got It Bad” Award

No glove, no love. Apparently, Usher forgot that old adage because he was accused of exposing multiple partners (both women and men) to herpes. His sex life has reportedly cost him at least $1.1 million because he tried to make one of his late-night rendezvous-gone-wrong stay secret (so much for that). He could also be on the hook for another $20 million if one of his alleged victims wins her lawsuit. At this point, he’ll be lucky if his own wife sleeps with him again. “Burn” and “U Got It Bad” will never be the same again.

The “15 Minutes Too Many” Award

What’s the easiest way to get a record deal now? Go on Dr. Phil and act a fool! Danielle Bregoli, the 14-year-old brat who spawned the “Cash Me Ousside/Howbow Dah” meme, made her rap debut this year as Bhad Bhabie.

Someone at Atlantic Records saw this and said, “Sign her!” And then they actually did it … because nothing in life makes sense anymore. Hip Hop purists understandably lost their shit as memes got a little too real. Eli Porter, T-Baby and Krispy Kreme were truly ahead of their time.

The “Give Your Publicist A Raise” Award

Any female artist looking to work with Maybach Music Group may want to double check the fine print in her contract before signing on the dotted line.

The MMG boss elicited a chorus of “Did he just say that?” when he claimed he wouldn’t sign female artists because he’d have to “fuck a couple times” during an interview on The Breakfast Club. The sad thing is, are we really surprised? This is the same man who rapped about drugging a woman’s drink for some non-consensual sex.

His “apology” for his comments was more fictional than his drug lord persona and the whole thing looks worse now that countless male celebrities are involved in sexual misconduct scandals. Rozay’s character needs a rewrite, ASAP.

For someone who prides himself on being the “Hip Hop teacher,” KRS-One completely botched his facts and created some #FakeNews on wax this year. On his track “Hip Hop Speaks From Heaven” from The World Is MIND album, KRS identifies Ad-Rock of the Beastie Boys as one of Hip Hop’s deceased legends. The problem? Ad-Rock is very much alive. The Beasties’ Adam “MCA” Yauch was the group member who passed away in 2012. Oops. Maybe the teacher needs to go back to school.

The fact he owned up to it and quickly apologized earns him some brownie points. Carry on.

The “Everyone Involved Should Be Fyred” Award

Here's the dinner they fed us tonight. Literally slices of bread, cheese, and salad with no dressing. #fyrefraud #fyrefestival #dumpsterfyre pic.twitter.com/NmNXakSFlq

Fyre Festival attendees shelled out massive dollars to visit the Bahamas and see none of the musical acts – including Migos, Pusha T and Lil Yachty — that were supposedly booked. The crowd slept in emergency tents and received gourmet food (although the now-infamous slice of cheese on bread was actually reserved for staff), as the island descended into chaos. Ja Rule eventually responded with an aloof apology, swearing he wasn’t trying to swindle anyone then claiming no responsibility for what happened. Meanwhile, his scammer-in-chief Billy McFarland ended up facing fraud charges as a result of the whole thing.

Pretty much everyone shows a rose-tinted version of life on social media, but Bow Wow took Instagram flexing to new levels when he pretended to be traveling on a private jet … from his seat on a commercial airliner.

Clowning Bow Wow verged on becoming the national sport in the following days, but was there a scientific method to his madness? Is he a marketing genius trolling us for clicks? Who knows. Regardless, he’s eliminated the possibility of doing anything on social media without being mercilessly roasted. 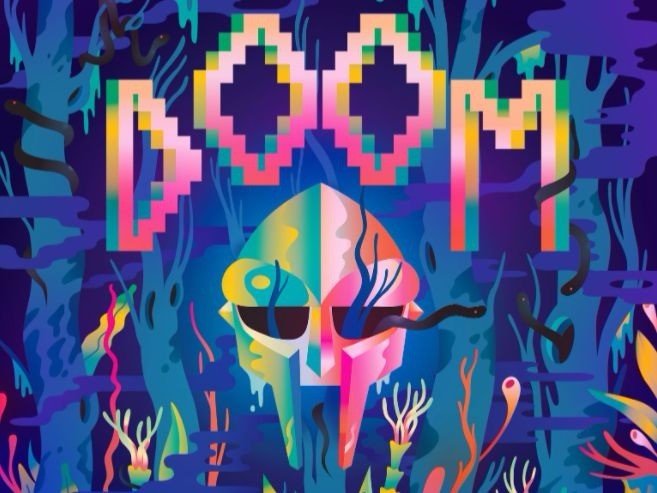 New DOOM releases are almost as rare as authentic public appearances by the man but that seemed poised to change when Adult Swim announced 15 straight weeks of unvaulted singles from the metal-faced villain. The partnership delivered … momentarily.

After a few weeks, the series abruptly concluded, with Adult Swim removing the tracks from their site and offering a vague explanation that “the remaining Missing Notebook Rhymes will, unfortunately, have to remain… missing.”

The “Tales From The Hood” Award

Soulja Boy Tell ‘Em launched 2017 with a (story about a) bang when he told DJ Vlad the in-depth account of a 2008 home invasion gone wrong that resulted in him firing shots at his attackers. He basically channeled OX from Belly in his dramatic retelling, inspiring parodies from the likes of Mike Epps, Joe Budden and Lil Yachty.

But Soulja wasn’t done there.

The ringtone rap pioneer livestreamed a visit to the hood and it didn’t go well. Soulja thought his hood pass was up-to-date and found out it wasn’t when he tried to get some validation from a random guy on the street. “They say Soulja ain’t from the hood!” he said with a big smile while putting his arm around the man, who reacted by shoving Mr. Crank That away. Soulja tried to square up to redeem himself but just ended up getting mocked by some bystanders.

Let’s make 2018 the year that Soulja Boy finally gets his own 24-hour reality show.

Check out previous years’ awards to relive all the moments that are probably best forgotten.