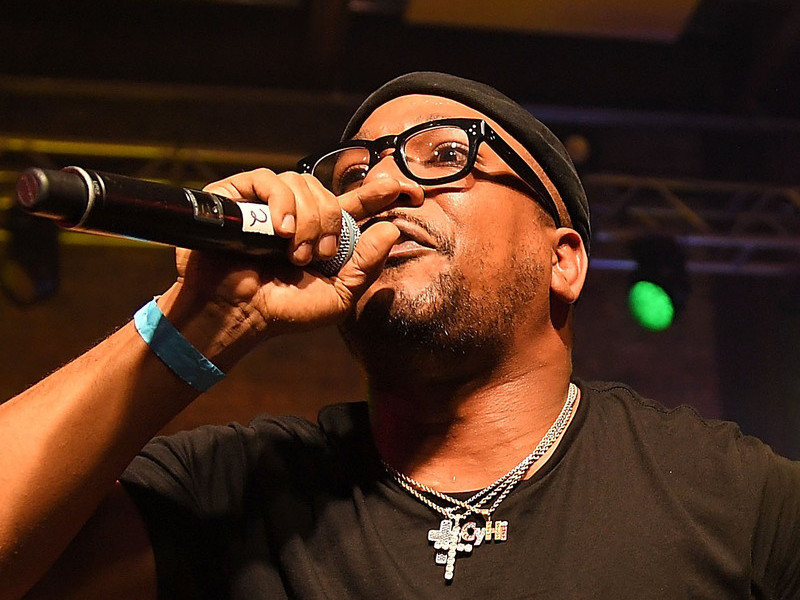 Somewhere between LL Cool J’s famous line “Don’t call it a comeback, I’ve been here for years” and Ludacris’ Back For The First Time album title is the perfect description for Atlanta rapper CyHi The Prynce’s debut LP, No Dope On Sundays. CyHi has been around for years but was never afforded the proper marketing or rollout that is often a requisite part of any young artist’s entry into the machine of a major record label.

After years of contractual complications and lawyers watching lawyers, the writer with the Midas touch finally got a shot to show the world what the brain behind so many other artists’ hit songs can do when he’s the pen and the performer.

“It’s a blessing to be here to have this moment, to be able to put the album out finally,” he told HipHopDX during a recent episode of #DXLive. “The fans have been waiting for a long time. I always had mixtapes that resonated like albums but it was never nothing official that I could show a label if I wanted them to work with me, that they could see the numbers. So, I think this is the first time I can actually put points on the board and people can actually see it, and now we can get the resources we need to do what we need to do.”

With multiple stints on Def Jam and a short term on Konvict Muzik, CyHi learned a lot about the business side of music. But working with Kanye West opened his eyes to what can be done artistically, seeing the star shifted the paradigm of pop culture. The “Dat Side” MC used this to help the culture prepare for his own moment.

“The thing about songwriting that I like what I did was I helped massage the climate of music prior to me coming out,” he explained. “Different songs like ‘I Am A God’ and ‘New Slaves’ and ‘Father Stretch [My Hands]’ — those were songs I was really a part of and it kind of like molded the community to understand when I come out it wouldn’t be so off of what’s the norm of music. I think that’s something I got to do that’s dope is instill a few of my ideologies through other people’s music, so now when I come out with mine, it’s a place where it can live versus me just being out there stranded by myself.”

While most people still associate CyHi with G.O.O.D. Music, he’s over at Sony now. According to him, there’s still nothing but love for West.

“I had four deals on the table after I left Kanye and Def Jam,” he said. “Kanye is family but everything that’s done with Kanye has to go through Def Jam so I’m over at Sony now. I did that situation over there. It took about a year, year and a half to finish it all up. It was never a breakdown with G.O.O.D. Music. It was the fact that I was signed to Akon prior to being signed to G.O.O.D. Music.

“The thing about me was I had a situation at Def Jam already. They just didn’t like the music I was doing ‘cause I wasn’t doing trap. I was doing traditional Hip Hop and that was a little unorthodox for the city that I was coming from. If the artists from my city weren’t as successful as they were, then it would have been good for me to do what I did. But I think since trap rap was so prevalent, it was like ‘you gotta do this,’ and that’s just something I wasn’t adamant about doing the way that they wanted me to do it. So, they kinda fell back on me, I kinda fell back on them.”

Check out the full interview below and tune into #DXLive every Thursday at 10:00am PST.