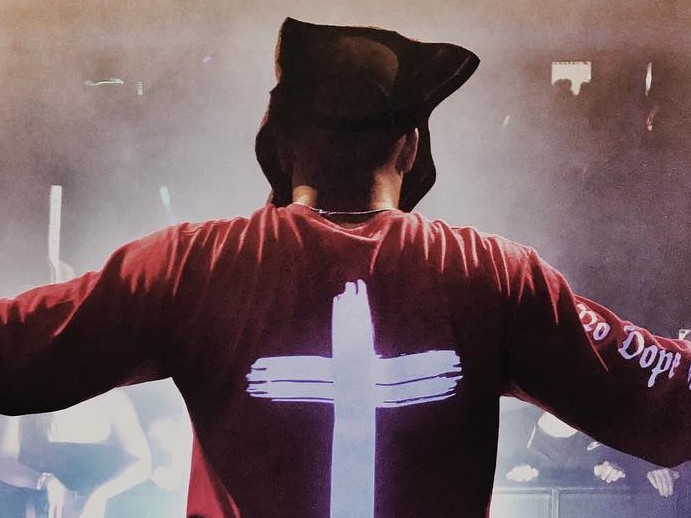 CyHi The Prynce finally got his shot this past Friday (November 17) to show and prove his skills with his debut album, No Dope On Sundays, after sitting on the sidelines for years as G.O.O.D. Music streamlined their roster.

And he did not disappoint.

As HipHopDX’s Justin Ivey puts it in the high-marked official review, the album “is the culmination of a long journey that’s defied the odds.” Seeing that CyHi comes from the traditional school of beats, rhymes and life, his lyrical repertoire is that of a visionary opposed to an artist just rapping to rhyme.

As he said in his recent #DXLive interview, “We let the youth ride bikes until they’re ready to drive cars!”

And on that note, look at the 10 most impressive punchlines from Mr. Cydel Young’s No Dope On Sundays.

“Varsity in two sports, my reputation preceded me/But the trunk Pac-10 so I never played collegiately/Big 12-gauge to WAC a nigga in the SEC/And that’s a second, my mind’s a MAC-11” — “Amen”

Color commentary even Brad Nessler has to bow to.

“If you die, would your hood ride?/The only time you got the goosebumps was at a book drive” — “Don’t Know Why”

Lyrics that are so potent, they’re scary.

“Boy I’m living off my art like I’m selling Van Goghs/I’m all about the C.R.E.A.M./I got Method Man goals” — “No Dope On Sundays”

Wu-Tang is for the children. Fine art is too.

“Automatic hammers tucked on every transaction/FedEx the package or I might just Amtrak it/Back and forth to Michigan, I want my grands rapid/Them niggas who tried to write me off can’t even pay their taxes” — “Don’t Know Why”

“I don’t waste time so I lit my Breitling up/Why you niggas mad? Sammy Sosa, lighten up” — “Trick Me”

But which one is he?

“I’m on the come up/Jump up, I pick my gun up/Joe Jackson with trapping/I beat the sun up” — “God Bless Your Heart”

“Got a Zo’ pound and broke it down to all quarter P’s/Don’t run off with the pack, my nigga, we used to torture thieves/Immigrant killers, huh, I think they Portuguese/And y’all lookin’ like some sittin’ ducks just a porch of geese” — “Get Yo Money”

This is some fly wordplay right here.

“Cydel, you a Piru, that’s what your teacher spread/I wrote everything in red ’cause that’s what Jesus said” — “God Bless Your Heart”

“Relationships can get kinda Rocky, my Adrian/Especially when it’s your night at the Apollo/Huh, I might Basquiat the Picasso” — “Closer”

TKO punchlines for sure.

C’mon!!! I mean this shit … is fucking ridiculous.

Stream No Church On Sundays down below.