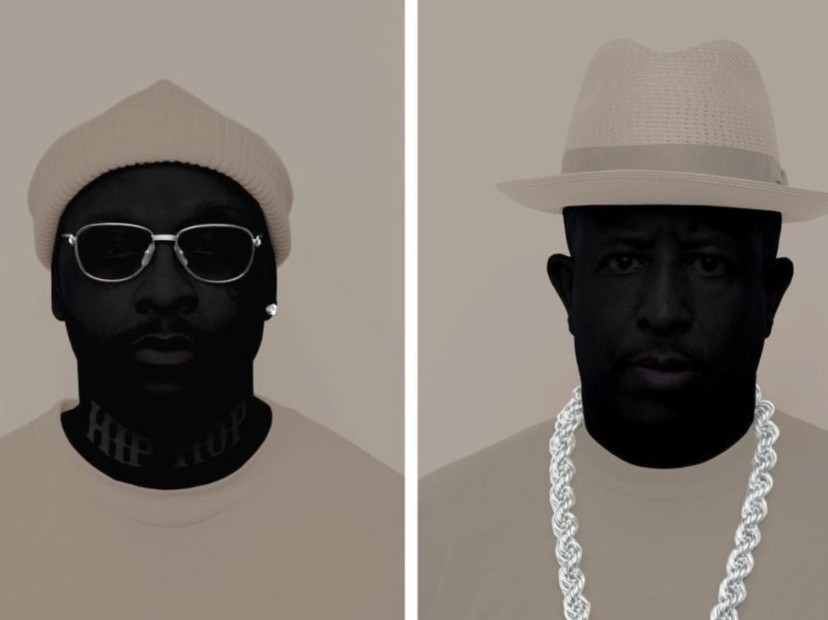 PRhyme 2 has arrived in a more official capacity. After NPR offered a stream of the album a week ahead of its release, Royce Da 5’9 and DJ Premier have dropped their PRhyme 2 LP for purchase and streaming on various outlets.

The project serves as a sequel to their critically acclaimed debut, PRhyme, which dropped in 2014. Big K.R.I.T., Rapsody, 2 Chainz, Yelawolf, Roc Marciano and CeeLo Green make guest appearances on the album.

Check out the stream, cover art and tracklist for PRhyme 2 below.

For anyone counting down the days to hear the highly anticipated PRhyme 2 project, the wait just ended early.

While the project features well-respected Hip Hop stalwarts like Rapsody, Big K.R.I.T. and Roc Marciano, one surprising name almost made the project too.

“[Lil] Uzi Vert was supposed to be on it with us,” Preemo told NPR.

Royce explained that the older Hip Hop guard needs to do its part in bridging the generation gap — a message that comes across on the track “Everybody Struggle.”

“The more balance in Hip Hop, the better,” he said. “When you say ‘mumble rap,’ who are you talking about? Rappers who can’t rap that well? Because there’s a such thing as being really good at what you do, but you’re not a lyricist. It doesn’t give me the authority to critique you as a lyricist if you’re not claiming to be a lyricist. It doesn’t make me an expert. It just means I do one thing; you do something else.”

Stream the album early here and scroll down for the project’s tracklist, cover art, and video releases.

Veteran turntablist DJ Premier has revealed the tracklist for PRhyme 2, his collaborative album with PRhyme partner-in-crime Royce Da 5’9. Preemo made the big reveal via Instagram on Sunday night (February 25).

PRhyme has already shared two joints from the album — “Era” featuring Dave East and “Rock It.”

The upcoming sequel serves as PRhyme’s follow-up to the tenured Hip Hop duo’s inaugural album, PRhyme, which HipHopDX rated a 4.0 out of 5.0 upon its 2014 release.

PRhyme 2 is scheduled to arrive on March 16. Pre-orders are available here.

DJ Premier and Royce Da 5’9 — collectively known as PRhyme — are roughly three weeks away from dropping their highly anticipated album, PRhyme 2. The project is the sequel to 2014’s PRhyme and expected to arrive on March 16.

To prep the release, Preemo and Nickel Nine shared the lead single “Era” featuring Dave East earlier this month and now, they’re back with “Rock It.”

Preemo made sure to confirm “it’s official” to HipHopDX.

The track is (not surprisingly) reminiscent of golden era Hip Hop and finds Preemo’s signature scratches throughout the nearly four-minute offering while Royce murders the mic.

(This article was last updated on February 2, 2018 and can be found below.)

As the release date for PRhyme 2 inches closer, masterminds DJ Premier and Royce Da 5’9 are back with a new visual for “Era” featuring Dave East. Throughout the video, we see a Ku Klux Klan member get choked out and a preacher repeatedly shout, “You supposed to be the future” as Preemo cuts it up in the middle of a crowd.

PRhyme 2 is the highly anticipated follow-up to 2014’s PRhyme and is expected to arrive on March 16.

Watch the “Era” video above.

(This article was last updated on February 1, 2018 and can be found below.)

The thirst for DJ Premier and Royce Da 5’9’s collaborative project— PRhyme 2 — has been real since the original edition dropped in 2014. After announcing a release date of March 16 last month, the Gang Starr legend and Detroit underground rap vet have unveiled the first single and cover art for the 17-track album.

Titled “Era,” the track features Dave East and quickly reminds fans why this duo has been missed. Against a sparse, bass-heavy beat, Royce and East swap verses about feeling out of place or “in the wrong era.”

DJ Premier confirmed to HipHopDX that the long awaited, almost mythical PRhyme 2 was done last November. Now, it looks like the Royce Da 5’9 and Preemo collab has a release date. As listed on the Fat Beats website, the album is expected to arrive on March 16 and pre-orders are available now.

The tracklist, cover art and featured artists will be revealed the first week of February as stated on the website.

Preemo and Nickel Nine dropped the original PRhyme in 2014 to critical acclaim. In fact, DX dubbed it Album of the Year in 2014.

DX reached out to Premier who was not immediately available for comment.

(The original version of this article was published on November 2, 2017 and can be found below.)

DJ Premier has just announced a partnership with the iconic Payday Records imprint, which helped launch the careers of Hip Hop greats like Showbiz & A.G., JAY-Z, and WC and the Maad Circle.

But as Preemo was discussing the Payday Records endeavor with DX, he also casually mentioned PRhyme 2 with Royce Da 5’9 was, in fact, completed. The highly anticipated album serves as the sequel to the duo’s 2014 debut, PRhyme.

“I’m just helping him [Moxey] get it launched by doing a grip of singles and then he’ll take it from there since he managed me through our entire Gang Starr career,” Preemo told HipHopDX. “We had a great journey together, so I’m happy to rock with him. I’m still doing my Year Round and TTT [To The Top] labels. NYGz is next on Year Round. Well, PRhyme 2 is actually next, but me and Royce [Da 5’9] share PRhyme Records.”

He added, “We just finished it this morning.”

Although there’s no specific release date as of yet, Preemo hopes it will be released at the top of 2018.

Preemo also discussed the new MC Eiht video for “Got That,” which comes from their collaborative album, Which Way Iz West. With Preemo in the role of executive producer and Eiht in charge of enlisting a killer roster to assist on vocals, the 15-track album plays like a ’90s gangsta rap masterpiece.

“Eiht was in New York to do the Rock Steady Anniversary, so when I saw the rough cut of ‘Heart Cold’ with Lady Of Rage, I found a freezer in the same building where my new studio is located,” Premier tells HipHopDX. “My friend DJ Poe had only a couple hours to bring his camera to shoot it because [director] Jae Synth lives in Sacramento. They let us use the freezer to shoot my parts and Eiht brought the same jacket so that it would match the Los Angeles footage.

“After we were done, Poe had less than an hour to go to work,” he continues. “So, he asked if there’s anything else to shoot before he leaves, so I threw on ‘Got That’ since we could capture me rapping the hook. He gave me what footage he had and I gave it to Jae for editing. The rest is history.”

Eiht adds, “Being able to combine that street element with working with Preemo in an actual studio was the idea. We wanted to show we have the ability to remain raw with the streets and realness of Hip Hop.”

Check out the video above as we await PRhyme 2.