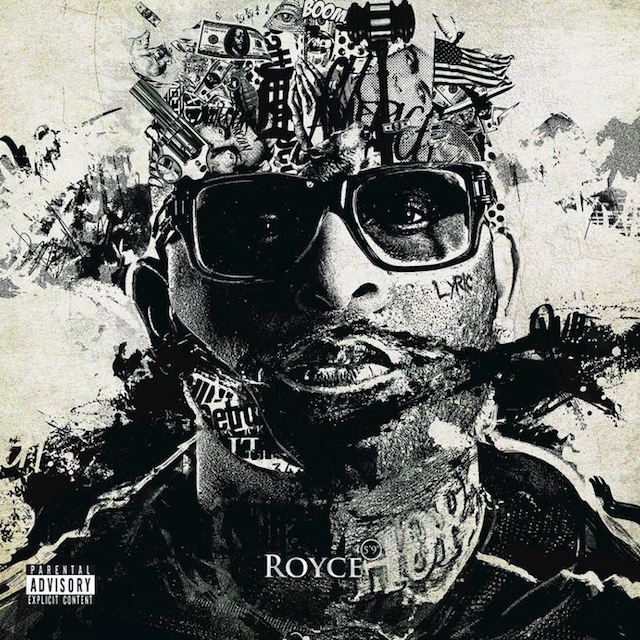 Royce 5’9” has been busy in the last five years as one-half of the explosive duo PRhyme and a quarter of the supergroup Slaughterhouse. However, before now he hadn’t released a solo album since 2011’s Success is Certain. Well, the wait is over, and it’s time to peel back the Layers to see what it’s worth.

Having previously stated that this album is the first “layer” of many that will be revealed this year, the thematic nature itself finds Royce revealing his complexity as a man and an artist. He delves into confessionals on the soulful opener “Tabernacle,” detailing the most important day of his life: “As soon as I get to the hospital they tell me that my granny didn’t make it/She just died I’m feeling helpless, it hurt me/On the flip side my little boy is healthy in the nursery.”

His sharpest asset is his ability to style different hats so authentically. Few rappers could sound convincing spitting back-to-back, “Your daughter ain’t a heiress I hope she’s taken care of/More importantly I hope this gun in your face don’t end up in your mouth I’ll make you taste the terror” on “Pray.” He takes time to “Shine,” while reminding us of his integrity: “I’d rather let the coroner outline my body in chalk/Than let the fans order me ’round the clock and buy me in bulk.” Elsewhere, he breaks a record for the number of times the phrase “sell dope” is used in a song when rapping about a tunnel-visioned drug dealer on, you guessed it, “Dope!” The Real Ryan Montgomery also shows face to rally against systemic racism and mental enslavement on “America,” letting the public know he won’t humble himself to expectations. Each track is tied together not just by Royce’s stoicism, but also by the sense of urgency he infuses into the music.

It doesn’t hurt that the man is still a lyrical monster. He’s still cramming as many rhymes as possible into a single bar: “We attempt to flatten into action with these average, flaccid defenseless rappers,” he rhymes on “Wait.” He remains the star of the show throughout, even as Pusha T and Rick Ross flex on the title track.

DJ Premier sits this one out but Nickel turns to several longtime and Slaughterhouse go-to producers to back him (a dozen different beatsmiths to be exact). The supply is filled with rich production, thick drums, piano keys and soulful cries, providing a vibe as intricate as the lyrical content. Whether it’s SJ1 and J. Rhodes’ spiritual “Tabernacle,” Jake One’s triumphant “Wait” or Nottz’s eerie “Shine,” nearly every beat is audio tiramisu that enhances the narrative. Mr. Porter churned out five track for the project, most notably the ominous “Pray.” Elsewhere, “Hard” is a gem of a beat wasted by a victory lap that takes too long to get started and ends a few minutes too late.

For an album with so many heavy hitters, Layers goes out with a dud, saving its biggest disappointment, “Off” for the tail end. The song itself finds Royce rapping scatterbrained over an unremarkable soul sample to a fade out, and then the beat itself just…dies. Royce explicitly stated on “Shine” that he wasn’t leaving “here” without a classic. Howbeit, classic albums, i.e. Ready to Die, have defining endings. Additionally, skits will always be a part of rappers’ goodie bag, and these results are mixed. On the plus side, “Shine (Skit)” is a fitting prelude to “Shine,” and “Hello” showcases stellar vocals courtesy of Melanie Rutherford. Unfortunately, the humor of the “Stinkin’ Lincoln” wears out its welcome after a few listens on “Lincoln (Skit)” and again on “Dope!” The ho-hum, cat-daddy monologue is humorous the first go-around but ultimately should have been kept in the studio session.

Fortunately, Royce’s sixth as a whole is not defined by this ending. Layers is an album of tremendous depth and skill, and shines a light on Royce 5’9” as multifaceted artist.