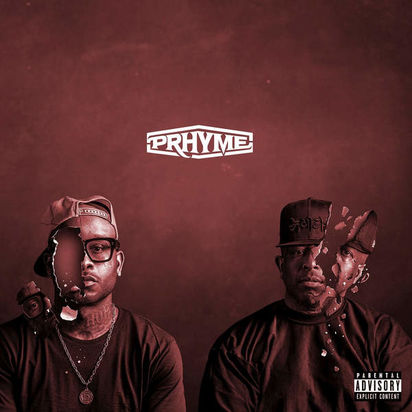 Hip Hop in 2015 was so outstandingly good, that it’s hard to positively reminisce about 2014. This was when most people deemed the time period “the worst year in rap music history.” Although that sounds a little bit dramatic, there was truth to that statement. There weren’t even close to as many star studded releases we were treated to in 2015 or even in 2013 for that matter.

Despite 2014’s overall lack of top notch rap music, there were a small handful releases that proved to be successful both commercially and critically. One of the more well-received projects from that bunch was PRhyme’s self-titled album. It was actually so well received that it was HipHopDX’s Album of the Year for 2014.

For those living under a rock and are unaware, PRhyme is the tandem duo consisting of legendary producer DJ Premier and veteran rapper Royce Da 5’9. Their late 2014 release was essentially a traditional Hip Hop head’s dream come true. A nine song album filled top to bottom with boastful boom bap production and pretty much the highest quality “rapping” we’ve heard in awhile. From a technical standpoint, the entire 35 minutes of that album are next to perfect. Now they are back with a revamped version of their 2014 release; PRhyme Deluxe Version.

This album is identical to the 2014 release with the addition of four new tracks placed at the end.

As solid as the new tracks are, releasing it in this capacity seems strange. Instead of tacking on a couple tracks to the end of a year-old release, why not just release the four songs as an EP? Or, maybe even hold off on releasing them all together so that they can be added to a full follow up project. Sure, this may sound like nit-picking, but if you’re having a full album play through, waiting for the new songs to come on can feel like an eternity.

With that said, the new tracks do indeed do justice to the original nine. They each sound fairly different from one another which is a task not easily done by having a single boom bap producer handled the majority of the production. But regardless, Premier makes it happen just as he did a year ago. The four tracks do, however, have one notable commonality; they all have featured artists.

Joey Bada$$, DOOM, Phonte, Black Thought and Logic all lend their pens to the new four tracks. Whether strategically chosen or not, these featured artists make up the perfect balance between old school and new school. Joey and Logic step up to the plate and deliver some of their strongest verses to date – especially Logic who goes bar for bar with Royce for just over seven minutes on “Mode II.” There aren’t even a lot of seasoned rappers in the game today that can do that. By the same token Phonte, DOOM and Black Thought prove yet again why they are some of the most skilled lyricists in rap.

Each feature is the perfect fit for individual each song with Royce and Premier truly bringing the best out of them. “Golden Era” is perfect for Joey Bada$$ simply because he is a millennial rapper who executes songs with such an old school cadences it’s like he is from that alleged golden era. DOOM and Phonte’s uncanny life experience proves to be the heart and soul that “Highs and Lows” needed. All in all, it’s an all-around bar fest that has standout quotables pretty much every other line.

Even though those features are great, it is still Royce that steals the show. The more you listen to the four new songs, even listening to the album as a whole, the more you can tell how incredibly gifted Royce is at rapping. His ability to craft lines that are sharp enough for a battle, smooth enough for easy listening and relevant enough to engage a ton of listeners is unrivaled. Of course, it undoubtedly helpful that Premier is able to provide the impeccable backdrop for such a lyrical flex but, after all, the dust is settled, Royce walks away the real MVP here.

Lines like “grab a hold of this 44 long and let it go/More than a four-year-old singing the Frozen song” and “These rappers are soft, they take L’s, embarrassing/Doing light-skin nigga shit so they pale in comparison” will either make you spit out your drink in disbelief of its cleverness or immediately rewind to make sure you understood the whole thing.

PRhyme Deluxe Version gives us exactly what we loved about the first release and then some. DJ Premier’s production is tighter than ever, Royce’s words still dazzle with every simile and the new featured artists match the high degree of craftsmanship. The only real issue with this year’s release is that four new songs just aren’t enough.