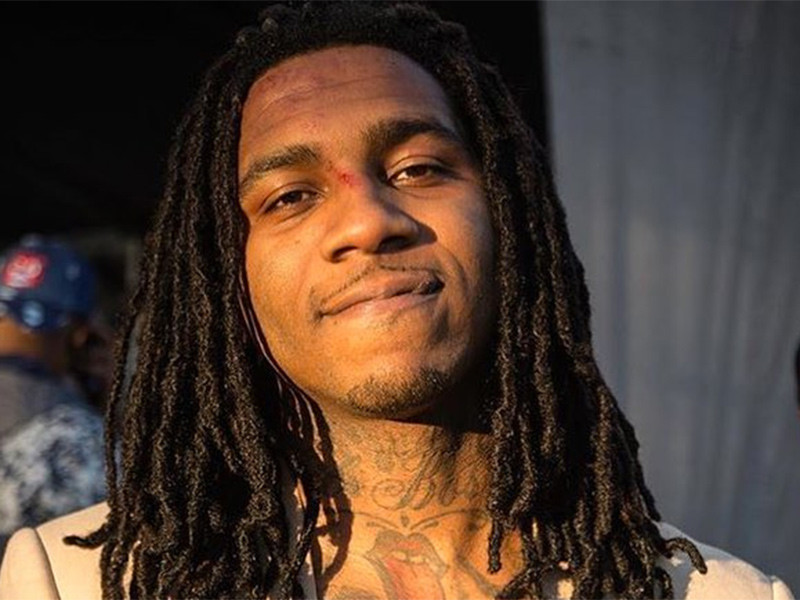 This week in Hip Hop, Lil B was jumped by A Boogie Wit Da Hoodie’s crew before his Rolling Loud set and he handled it in the most based way possible. Also, Eminem creatively announced the title of his forthcoming album this week and so much music was released this week we’ve compiled a list of it all so fans don’t have miss out.

Protect Lil B At All Costs

For some reason, A Boogie Wit Da Hoodie and PnB Rock thought it was a great idea to jump Lil B in the Bay Area before the BasedGod’s Rolling Loud set.

Videos of the altercation began circling social media sparking confusion and anger as to why anyone would want to hurt the BasedGod. This brought out tons of supporters with the rallying cry to, “Protect Lil B at all costs,” from Travis Scott, ScHoolboy Q, Lupe Fiasco to G-Eazy. PnB Rock was promptly replaced on the Rolling Loud lineup by Kreayshawn the next day.

Despite getting jumped by around 10 people, Lil B kept it cool forgave the men who harmed him. He’s been a shining example of love and positivity, showing the world what it means to not only talk the talk but also walk the walk.

Lil B and A Boogie reportedly had a phone conversation addressing the incident and everything seems to be all good now.

Eminem has taken music marketing schemes to another level with his announcement for his highly anticipated album, which has been revealed to be titled Revival.

Em fans on Reddit spotted the album’s title on a phony pharmaceutical ad in an Instagram post by his longtime manager, Peter Rosenberg. The ad’s website is filled with Slim Shady references and gags, making it clear to fans that it’s just an elaborate marketing campaign.

It’s been a huge week for music releases. Ty Dolla Sign dropped Beach House 3, Yo Gotti gave us Still I Am and Big K.R.I.T. released his hightly anticipated double album, 4eva Is A Mighty Long Time. We also got the song that Apple Music’s Carl Chery said would break the internet: a collaborative Migos single featuring both Cardi B and Nicki Minaj, which is slated to appear on Migos’ upcoming album Culture 2.

Listen to all the latest releases below:

Majid Jordan — The Space Between

Yo Gotti — I Still Am

TBS’ Drop The Mic series debuted on Tuesday (October 24) night with Method Man and Hailey Baldwin as hosts and Jurassic 5’s DJ Nu-Mark as a contributor.

The DJ spoke with HipHopDX’s Kyle Eustice about his recent appearance and why he felt Method Man was the perfect host.

“It was a trip to get a cold call from James Corden’s office to DJ Drop The Mic with Method Man as the host,” Nu-Mark says. “My Zodiac Tracks vinyl mixes were a big factor in producers picking me for the show. They were familiar with my production and knew I’d be able to create the theme song. Anyone who really knows me understands how much I like comedy, so it was an easy yes for me.”

DX’s Justin Ivey caught up with Atmosphere’s Slug ahead of the vinyl release of the group’s 1997 debut album Overcast! and got the low down on why former member Spawn left the group shortly after the release of their first project.

This go around, Wallace examined Papoose’s mixtape releases from beginning to end. Analyzing the success of 2005’s Sharades, Wallace writes:

“Although Pap had built up notoriety with his first six tapes, Sharades is — without question — the tape that pushed him over the top. It contains the two best songs in his catalog: ‘Alphabet Slaughter,’ which became a staple of his live show, and ‘Sharades,’ a cool POV record about the Hip Hop police.”

As 2017 comes to a close, DX writer Scott Glaysher listed five rappers that desperately need a hit record by the end of the year. From Nicki Minaj to A$AP Rocky and Young M.A., he illustrates why.

“Where has Young M.A gone since dropping the earth-shattering ‘OOOUUU?’, he inquires. “Well, she dropped a lukewarm EP that had no hits other than the aforementioned single. But other than that, M.A has been M.I.A.”