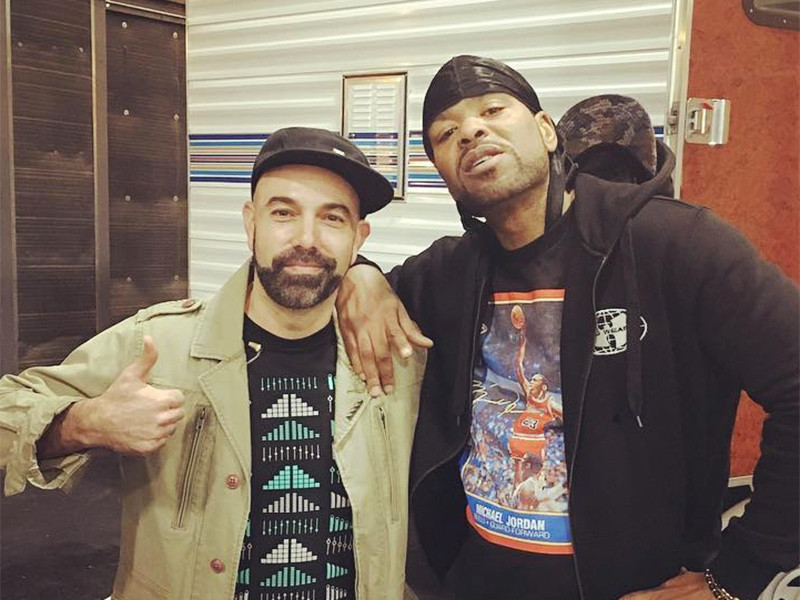 Each episode features various celebrities attempting to lyrically obliterate each other in a war of words. Tuesday night’s episode boasted appearances from Usher, Corden, actress Halle Berry and actor Anthony Anderson with DJ Nu-Mark behind the decks.

The Jurassic 5 DJ/turntablist gets a unique perspective as part of the show and offered some insight into a recent taping of an upcoming episode.

“Wayne Brady’s battle was straight comedy because he wrote his own lyrics and took the battle extra serious,” Nu-Mark explains to HipHopDX. “[actor/comedian] Randall Park also wrote his own rhymes, but was absolutely destroying [actor] James Van Der Beek. I kinda like the unexpected entertainers killin’ it on set.”

Some well-known battle rappers, including Rone and Chilla Jones, have been working with the contestants behind the scenes to get them ready for their showdowns.

Drop The Mic was announced in March and Nu-Mark’s involvement was revealed a month later, something he finds hard to believe. For months leading up to the television gig, he’d been releasing mixes for his ongoing Zodiac Tracks series, which he thinks helped him land the job.

“It was a trip to get a cold call from James Corden’s office to DJ Drop The Mic with Method Man as the host,” Nu-Mark says. “My Zodiac Tracks vinyl mixes were a big factor in producers picking me for the show. They were familiar with my production and knew I’d be able to create the theme song. Anyone who really knows me understands how much I like comedy, so it was an easy yes for me.”

Nu-Mark, who has appeared in films like MacGruber and Pop Star, has been impressed by the Wu-Tang Clan vet.

“Out of my entire experience here, Meth has far exceeded my expectations of professionalism,” he says. “He freestyles his lines and gives an energy to be admired on set consistently. It doesn’t hurt that we have a mutual respect as well.”

The show has already earned the respect of fellow Wu-Tang Clan rapper Raekwon who deemed it “dope.”

#Dropthemic is dope, they really got celebs out here rap battling each other!! 1030/930c!