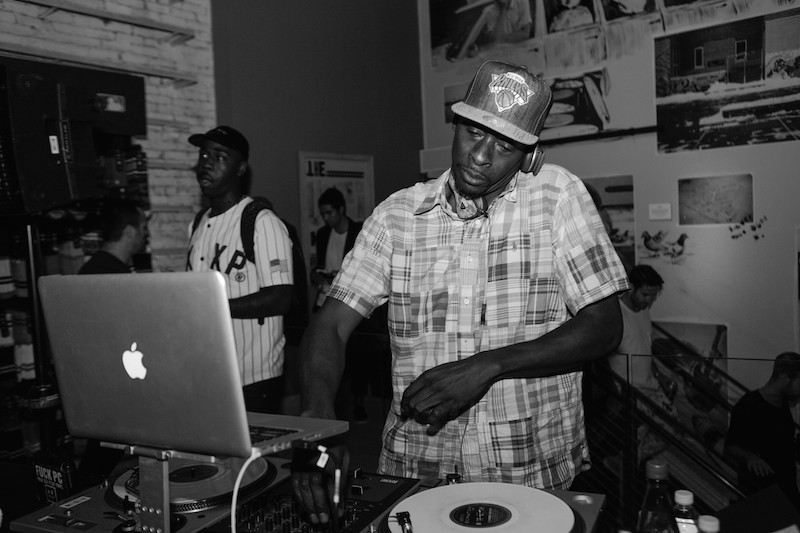 The Instagram post was made by fellow New York City producer and entrepreneur Darrell “Digga” Branch. The Harlem native, who’s responsible for hits scored by JAY-Z, 50 Cent and Cam’ron, posted a self-created meme of himself which read: “Old heads, stop complaining and show this generation why you’re still here. You have a lane. It’s up to you to drive it down.”

This ain't only a young man's game. Don't believe that. Fans are getting older but not the music. Grateful Dead, Frankie Beverly, etc are still touring and streaming. #beatgame #sixfigga #producersparadigm #harlemfinest #beatmaker #mpc #independentartist #hiphop

Early Friday morning (August 4), the 47-year-old Chocolate Boy Wonder slid into his mentions to voice his absolute disapproval for the pic, writing, “Dont demean then offer advice. We old heads not 80 years old. You want people to listen to you after your “Old Head” comment? GTFOH smh ??‍♂️ there is a better way to say what you saying without the name calling. We still here because we are the true real passion that still exist. Thats why im still here. Tired of post from randoms talking shit like somebody gonna listen to you. Come better than that. FOH @sixfigga_digga.”

Rock continued, “That bullshit old head comment can kick rocks mofo. Looking for attention with that comment i guess. That aint no life. Try doing what i do instead of throwing jabs at true muthafuckas. Post is fucking stupid. I have no ego but one thing i dont have is tollerence from a person who has no fucking clue how to do what we do and the shit we have to endure from clowns that make post like this. I got a history to back up anything you come out your face with. Sick of mofos talking shit about professionals who made a mark. Eff you with that garbage. @sixfigga_digga”

The social media spew was nearly identical to last year’s spectacle when Rock went at both Young Dolph and Lil Yachty for brandishing the type of music he deemed his as garbage. Similar to both instances, Six Figga Digga didn’t let the OG’s commentary go down without a rebuttal.

“Woah, woah, woah. Legend.Calm down,” Digga explained. “You’re taking the quote the wrong way. My point is simple. Old heads, veterans or whatever you want to label us (including myself I’m 42) need to continue growing with their audience without worrying about the younger generation. By complaining, we are missing out on building an audience for the next 20 years. I wanna hear and create music until I die. I don’t wanna waste to on young mofos who won’t be around next year. Your résumé speaks for itself and so does mean. All I’m saying is, the path is there for whoever wants it without worrying about the youngins. Nothing personal against you. I just believe the energy should be directed towards shining a light on why WE are great. The fans wanna hear that. Rock artist rock on until they die. In my opinion, Hip hop artist are putting an age limit on the music because of the quality. Just like anything in life. Music is better coming from creators with experience. That’s my message. Nothing personal OG.”

Rock’s last project, the Don’t Smoke the Rock collaboration album alongside Smoke DZA, dropped at the tail end of 2016.