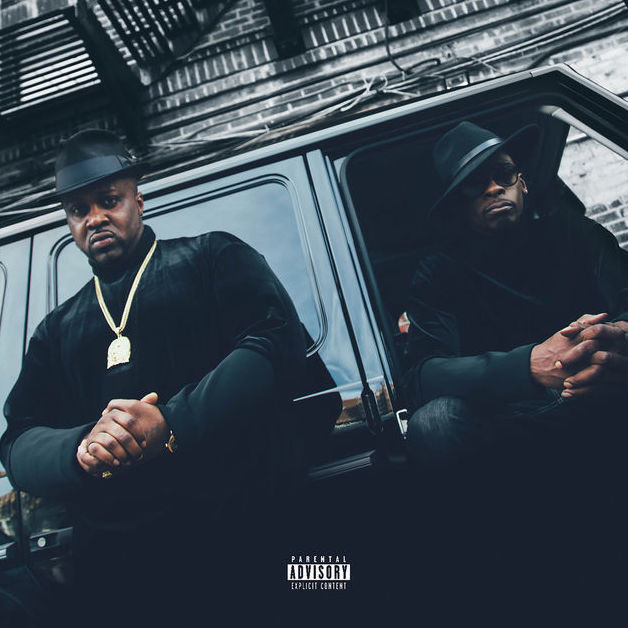 Pete Rock. The name and reputation carries a certain gravitas. The Soul Brother has been digging crates and riding the wheels of steel for damn near thirty years. Smoke DZA, on the other hand, has achieved reputable fame but is still angling for a better spot in the limelight. Together, the two have a mutually beneficial working relationship: Pete gets young blood to work with, and DZA gets an established veteran to play beatsmith. The end result, Don’t Smoke Rock, sees the past meet the present.

A Pete Rock beat always has a certain flavor, whether it be jazzy, or the classic New York grime. Even in 2016, with advanced production methods and software, Pete makes the necessary tweaks without sacrificing anything. The first such instance happens right out the gate on “Limitless,” which gets the adrenaline pumping with multiple booming layers and a dope hook from Dave East. Like Guru said at the beginning of Moment of Truth, “The rhyme style is elevated, the style of the beats is elevated,” but in this case, it’s still P.R. That’s not to say Don’t Smoke Rock is on the same level as the Gang Starr classic, but it does have more positives than negatives.

Don’t Smoke Rock boasts an impressive roster of guest artists, some of whom Hip Hop fans could have only dreamed of hearing over Pete Rock production. Specifically, Rick Ross (“Black Superhero Car”) and Big K.R.I.T. (“Dusk 2 Dusk”) shine in their respective roles. K.R.I.T. spits his classic country tone over Pete’s extra jazzy keyboards, reminiscent of something from Madlib’s Shades of Blue. Another familiar face, Royce da 5’9, stands out from the rest with his acrobatic bars over the percussion-less “Hold the Drums.” The symmetry between veteran and up-and-coming artists is endearing from a fan standpoint, and the corresponding variety in the beats is noticeable, for better or worse.

The production is not without its faults; Pete’s Achilles Heel reveals itself in the form of occasional blandness. “Moving Weight Pt. 1” fits the tonal mood of the track, but wears out its welcome about halfway through its five-minute duration. Similarly “Wild 100s” starts strong but quickly loses its luster. Pete’s aforementioned sound tweaks indicate he’s taking risks, and for the most part, he hits more than he misses (“Until Then”). It’s just a shame he didn’t take more of them.

Pete gets his just dues, but Smoke DZA comes just as correct. Throughout the album, the Harlem spitter attempts to show us that he’s more than just your average weed rapper; he’s no perennial MC, but DZA is versatile and conscientious. He holds his own on “Milestone,” next to Jadakiss and Styles P, delivering a solid banger wrought with New York flavor and an ace hook from BJ the Chicago Kid. Unwavering, DZA also stands tall next to Cam’ron on the street-friendly “Moving Weight Pt. 1” rapping: “If it’s money there I find a way in/They jack a nigga blatant/Call him out they be shocked/The fuck is you raided in the streets?/You was at the crib watching That’s So Raven. He strikes a nice balance between styles, closing the album in grandiose fashion with the delightfully trippy “Until Then” alongside Mac Miller. The break from weed-laced rhymes is a welcome change and speaks to his continued growth as an MC. His bars aren’t particularly profound, but he’s solid, which is all one can ask for.

Don’t Smoke Rock appeals to old and new heads alike, for its rooting in traditional NYC production and attention to contemporary details. Smoke DZA and Pete Rock prove to be a formidable duo on their first official outing, and the guests joining in on the fun comprise the collective cherry on top of the proverbial sundae. DZA holds it down, but considering the legacy of the Chocolate Boy Wonder, he does seem like an odd choice for the MC role. There’s also no denying that he’s aided by the stacked roster of guest performers. His rhymes aren’t exactly tipping the scales, and Pete doesn’t go thirteen for thirteen in the bangers department, but in the end, the overall strength of the final product can’t be overlooked.