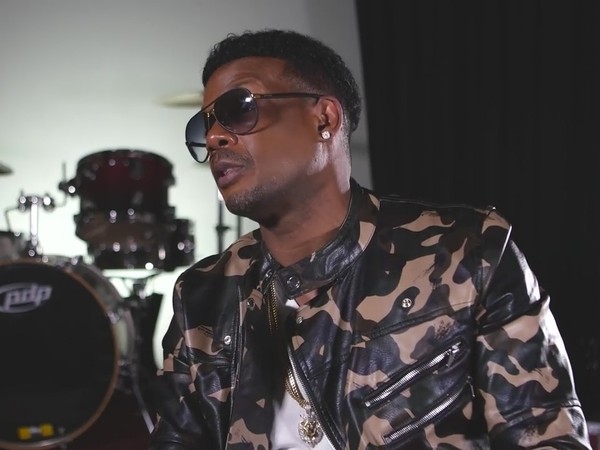 New York, NY – There have been reports of a Jodeci biopic coming to VH1, but the story has already been told in great detail in a new interview. Original Jodeci member Mr. Dalvin sat down with DJ Vlad for an extensive conversation and recounted the tale of Jodeci’s rise in the music industry.

The interview is full of gems with Dalvin explaining why K-Ci pulled a gun on him the first time they met and how the North Carolina natives landed their record deal with Uptown Records on a whim thanks to Heavy D. Dalvin also described why Jodeci’s sound was so different from everything else of their era, which was dominated by New Jack Swing.

“Jodeci was a self-contained group,” Dalvin said. “I think at the time, we were so young. I was 15 when I first got to New York. We were so young and the sound was so big. It was more than just R&B because we was listening to Def Leppard, Van Halen. We listened to Prince, Michael Jackson, Luther Vandross. We listened to everybody. Donnie Hathaway and all the old greats that we listened to, we just incorporated everything as well as gospel. We listened to The Winans, Commission at the time. We just put it in a melting pot and stirred it up, and you got what you got out of it.”

Dalvin touched on Diddy’s important role in Jodeci’s success as well. The ’90s R&B staple expounded on Diddy’s ability to make Uptown understand the group’s approach and how the Bad Boy Records founder went out on a limb for them.

“He was a big visionary,” Dalvin said. “That’s why he’s so successful today. People like, ‘Puffy’s not talented,’ but he really is. That’s a talent in and of itself. He saw what we saw. But it was hard for us to convey that to Andre Harrell and Uptown Records because R&B was the suits, the sequin suits, and the routines, the choreography, but that wasn’t us. We had our own way. We wanted to be street. We wanted to be like the homeboys on the corner that make people wanna listen to us, not be just cool and just stiff.

“He translated that to Andre and to Uptown,” he added. “Like, ‘I see where they going.’ He kind of put us on his shoulders and risked everything, from him being an intern and working into Uptown, because he believed in what we believed in.”

Dalvin insisted Jodeci never broke up. He told Vlad the group simply stopped recording together, but always continued to hang out following the release of 1995’s The Show, The After Party, The Hotel. Although Dalvin might disagree with it being called a split, he did describe how Jodeci’s impressive run came to an end.

“I think we got to point where when you have some type of success, you always get outsiders that come in,” Dalvin said. “And so the inner circle spreads thinner and thinner and thinner. I think people had different directions for K-Ci & JoJo. They wanted a direction that wasn’t a Jodeci direction. It was more K-Ci & JoJo, kind of adult direction while Jodeci is more grimy and gritty, and just hardcore over here.

“They kind of a little more polished,” he continued. “And that was just they sound they created for themselves. We all kind of went [our separate ways] but we never broke up. I supported them. That’s y’all’s sound. That’s y’all thing. I congratulated them on the success they had with ‘All My Life’ and the other songs they had.”

The interview covers other topics like Jodeci’s first single, their creative process, Suge Knight, 2Pac, the East Coast/West Coast war and much more. Watch it above.