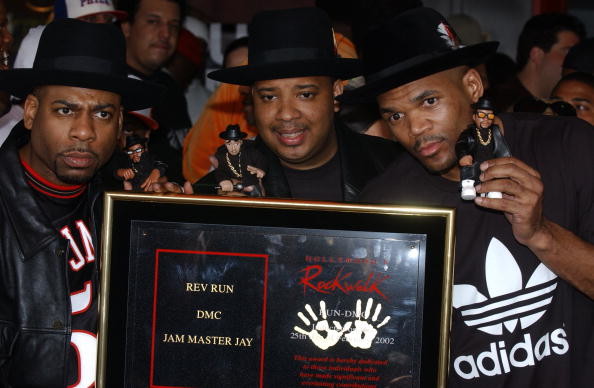 Los Angeles, CA – During their heyday, Suge Knight and his Death Row Records wielded more power in the music industry than Lucious Lyon could ever be scripted to have. So it comes as no surprise as the years roll by that more stories of what could have been for the most infamous rap record label ever created are uncovered.

Ben Westhoff is fresh off the release of his extremely detailed book, Original Gangstas: The Untold Story of Dr. Dre, Eazy-E, Ice Cube, Tupac Shakur, and the Birth of West Coast Rap, where every legendary rapper mentioned has their fair share of profiling. While sitting with the Murder Master Music Show, Westhoff elaborated on how the once “Mighty DR” tried to fully dominate the urban space.

“Suge wanted to show that Death Row was not only in control of L.A. and the West Coast but they could come into New York with impunity, they could sign the best artists there and basically there was nothing Bad Boy or anybody else could do about it,” he claimed.

“They had been talking to Run-DMC about signing to Death Row East and I think this was one of those situations where Run-DMC were tight with Death Row and that’s why they were performing at the show [at Club 662 in Vegas the night Tupac was shot and ultimately killed]. They weren’t the first at all, Suge had already been talking to people like Mary J. Blige who was signed to Uptown Records which was Puffy’s former label. She alleged that Uptown was doing her dirty so she was talking to Suge. Suge was also talking to members of Jodeci. Death Row was still in expansion mode and with Tupac’s success they had a lotta money and they were gonna sign whoever they wanted from either coast.”

While none of the purported deals ever went down, Tupac did record with three of Jodeci’s four members for his diamond-selling classic swan album (in life), All Eyez on Me.

Since his death 20 years ago, Tupac’s name and presence has only increased in terms of visibility. News of the release date for his long-delayed biopic, All Eyez on Me can attest to this. In a HipHopDX exclusive excerpt from the Original Gangstas book, Westhoff went into depth on how Pac was able to broker a truce between some of L.A.’s toughest gangs at the time, including the Grape Street Crips, PJ Watts Crips, Bounty Hunter Bloods, and Hacienda Village Bloods.

It was a triumph in itself that Westhoff was able to release the book at all, for he revealed to the Murder Master Music Show that Dr. Dre’s legal team was dealing him paper cuts from all the cease-and-desist documents.

“They had no comment about whether this stuff actually ever happened,” he continued. “They didn’t come down on me and they didn’t come down on the makers of this film. It’s hard to prove a negative, it’s hard for him to prove this stuff didn’t happen. At the same time for example if the stuff in my book was false I think I would be in court right now. I didn’t put anything in the book that was hearsay, if it was someone alleging Dre’s abuse I wrote that it was alleged, if it was in court I said that a judge ruled on it. We were really careful! I try to give Dre the benefit of the doubt as well. For example, Dr. Dre’s mother accused Dr. Dre’s father of beating her when Dr. Dre was real little so it is quite possible that Dre grew up in a household where domestic abuse was happening. That doesn’t excuse domestic behavior on his own part if that is what happened but at the same time it presents a bigger picture.”

Check out Westhoff’s MMMS excerpts down below as well as Original Gangstas on Amazon.