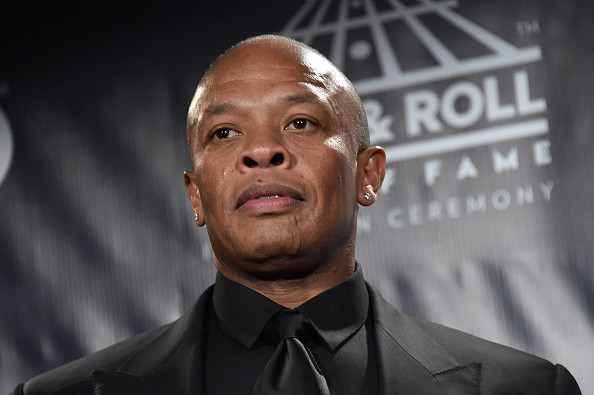 The biopic chronicles the R&B Divas: Los Angeles cast member’s relationships with both Dr. Dre and Suge Knight throughout the late 80s-to-early-90s as their legend (and notoriety) grew just as big as Hip Hop culture itself.

HipHopDX has already taken in an early screening of the film and much of the focal point is on Michel’le’s physical, verbal and mentally abusive relationship with the creator of The Chronic, and eventually the head of Death Row Records as well. The scenes are shocking and brutal; Dre (played by actor Curtis Hamilton) goes through rage-filled drunken stupors where he attacks his fiancée with closed fists, pulls a gun on her and even tries to sleep with her right after he got married to his current wife, Nicole. During the screening, held in West Hollywood, producer Leslie Greif revealed that the idea for the biopic came after all mentions of Michel’le were omitted from 2015’s box office blockbuster, Straight Outta Compton a.k.a. the N.W.A biopic.

In the present day, Dr. Dre presents himself as a staunch family and businessman with plenty of credibility to his empire, so naturally news of the upcoming film hasn’t exactly garnered any excitement out of him. On the contrary, according to a cease-and-desist letter obtained by TMZ, the 51-year-old Apple Music executive is planning to sue Sony Pictures if the movie airs as planned.

The contents of the letter reference how Michel’le never sought medical treatment or filed a police report during the course of their relationship, that also produced a son named Marcel in 1991. Over the summer, Suge Knight’s legal counsel also threatened similar action as he awaits trial for murder stemming from a hit-and-run incident before the N.W.A film was released.

Last year, a week into Straight Outta Compton‘s run in theaters, outrage ensued over the lack of Dre’s past allegations of domestic violence, prompting him to issue out a public apology to “the women I’ve hurt” but it didn’t specifically name names.