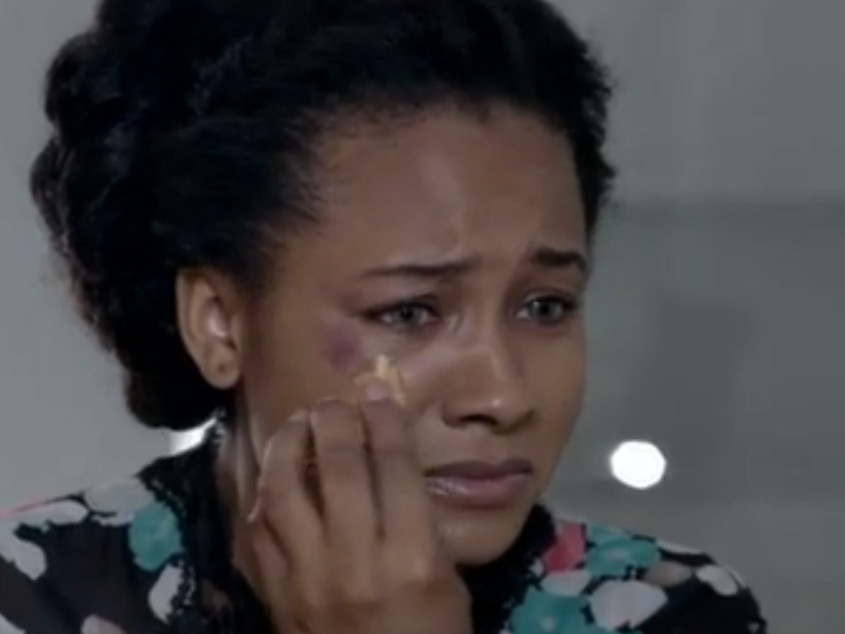 Ready to share her side of the story, a biopic depicting Michel’le Toussaint, the “First Lady of Ruthless Records” is set to air on Lifetime next month. Surviving Compton: Dre, Suge & Michel’le promises to not hold back on dishing the details of her tumultuous time with Dr. Dre and Suge Knight.

“Behind the men who changed Hip Hop is the woman who knows the truth,” the trailer proclaims.

Michel’le achieved chart success with “No More Lies” in 1989, which is off her debut album. The preview shows the singer before the world knew her as she is introduced to N.W.A.

He is then blown away by the strength of Michel’le’s singing voice.

The guys laugh, but the next scene shows how she was accepted by the group.

“You’ll be Ruthless Records’ first female artist,” is the response.

Michel’le started working with Dre on the World Class Wreckin Cru’s 1987 cut “Turn Off the Lights.”  She had a child with Dr. Dre in 1991, though she stated that Dre abused her and reportedly had to have her nose surgically corrected as a result.

The film is expected to show all aspects of their relationship.

“I gave you this track a week ago, where is it?,” Dre says in the trailer.

“I can’t work like this Dre, you’re hurting me,” She responds.

“You sing it like you feel it or I’ma kick your ass,” Dre says.

Michel’le was married to Suge Knight for eight years starting in 1999 and their relationship will be shown in the film as well.

The movie will also feature a portrayal Jerry Heller. It is set to debut on October 15 on Lifetime.

This comes after the release of the N.W.A biopic, Straight Outta Compton, which recieved criticism for glossing over Dr. Dre’s abuse of Michel’le and Hip Hop reporter Dee Barnes.

Lifetime itself has gotten heat from the Hip Hop community after its lousy Aaliyah biopic.

Watch the trailer for Surviving Compton: Dre, Suge & Michel’le below.