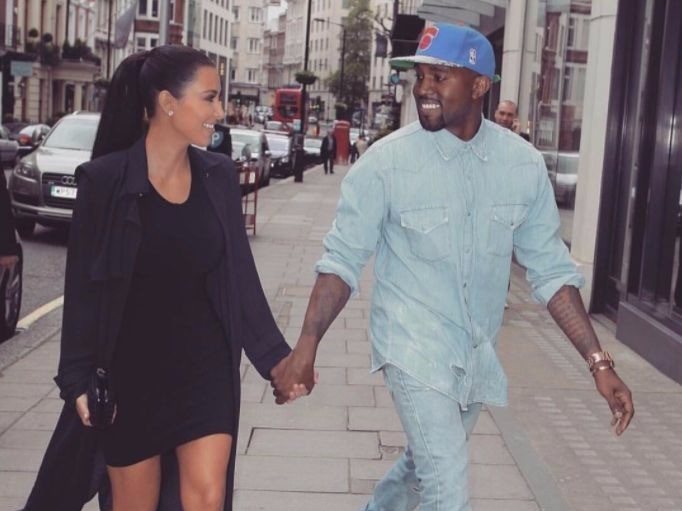 Kim Kardashian On The Defense After JAY-Z's "4:44" Shots At Kanye West

JAY-Z’s 4:44 album has been met with mostly words of praise following its June 30 release, but there’s one person in particular who has taken issue with Hov’s disses directed at Kanye West — Ye’s wife Kim Kardashian.

According to Hollywood Life, the reality TV megastar has gone full “mama bear” and defended her husband against what she reportedly considers “low blows” aimed at Kanye on 4:44.

Kardashian is particularly upset that JAY had no problem referring to Ye as “insane” given his tumultuous 2016.

“She gets very protective of her husband, like a mama bear,” the unnamed source said. “She thinks it was a low blow to diss Kanye and throw around words like ‘insane’ after all he’s been through. Kanye had a real difficult time last year and is still coming out of it, so to hit him like that wasn’t cool.”

Unlike Eric Benet, JAY doesn’t call out Kanye’s name specifically on “Kill Jay Z,” but there are several instances where he appears to take aim at his former friend.

“You walkin’ around like you invincible,” JAY spits. “You dropped outta school, you lost your principles / I know people backstab you, I felt bad too / But this ‘fuck everybody’ attitude ain’t natural / But you ain’t a Saint, this ain’t KumbaYe / But you got hurt because you did cool by ‘Ye

“You give him $20 million without blinking,” he continues. “He gave you 20 minutes onstage, fuck what was he thinking?/ ‘Fuck wrong with everybody?’ is what you saying/ But if everyone is crazy, you’re the one that’s insane.”

Given the not-so-subliminal jabs, some people wonder if Kanye will ever fire back with a diss track of his own aimed at JAY-Z. For now, it appears Mrs. West wants everyone to simply get along.

“Kim would like nothing more than to drop the whole feud and move on with their lives,” the source added. “She likes Bey and Jay and would love to be friends—but it has to be a two-way street. If they aren’t interested then so be it.”