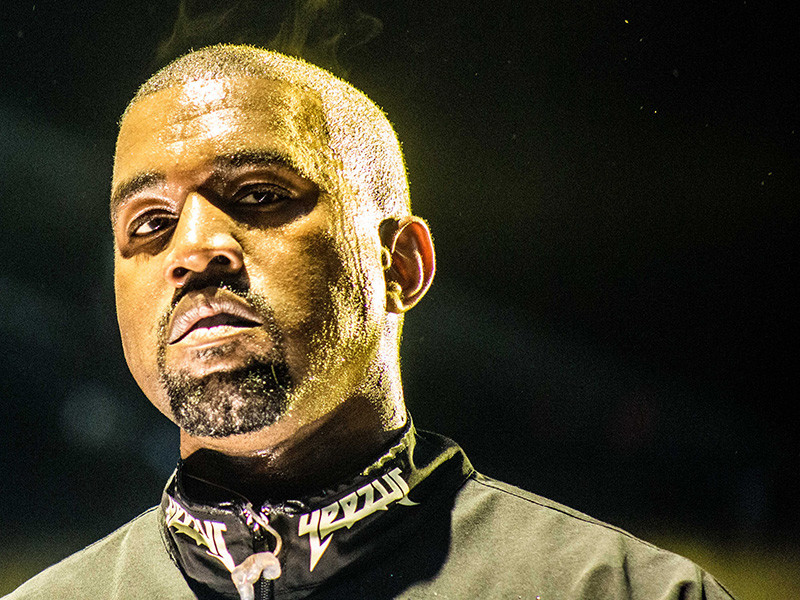 Kanye West put on a spectacle for his fans in Sacramento, California Saturday night (November 19), reportedly performing three songs, bringing out Kid Cudi, going on another extended rant that took shots at people and organizations across a broad spectrum and then cutting the show short after about 30 minutes.

The erratic performance came only days after Kanye’s last politically fueled tirade, where he proclaimed his support for president-elect Donald Trump.

Bringing Kid Cudi out for an emotional moment of reconciliation, the two hugged it out on the floating stage as throngs of people watched from below. Cudi and Kanye’s relationship went through some turmoil in September, ahead of Cudi checking into rehab for depression.

Kanye West and Kid Cudi hugging it out on stage! BEEF SQUASHED! pic.twitter.com/Xhb3riEG4L

Kanye then went on a lengthy rant, veering from topic to topic and occasionally pausing to address the crowd’s increasing boos.

Here are some key points, divided by topic. Watch the full rant below.

“Obama couldn’t make America great. Because he couldn’t be him to be who he was. Black men have been slaves. Obama wasn’t allowed to do this [yells] and still win. He had to be perfect. But being perfect don’t always change shit, bruh.

“I’m not trying to be the man, I’m just a man. The same as everybody here. I ain’t above or below none of y’all. We all equal. This is the vibes, bruh. This is the future. This is the way of thinking to make America great again.”

“Is it just me or did you hear that song so many times—you say you wanna play “For Free.” Aye, aye. You know what it is, though? Because aye, I love Drake. I love Khaled. But they set that song up, bro. … Khaled, I know you got hitters from Miami. Please do not send them at my head. I just want to have a conversation about how we playing radio’s game. Khaled, you a real nigga. Khaled, you a real nigga. You got the keys.”

“Mark Zuckerberg, you wanna call me now? Do I got the vision, Mark Zuckerberg? Was you wrong? When I said I was $53 million in debt and you didn’t call me, was you wrong? You ate dinner, you asked my friend Ebony Schiller to have dinner with me. I told you about Donda. You said you would help and you didn’t. Then you went to look for aliens. Me and Kid Cudi are aliens right here, bro.”

“There’s a Richard Pryor interview that you can watch about people coming into power and not changing anything, just becoming a part of the power. That’s happening with musicians because they’re scared. I’m not scared. I’m here to change things. I am here to change things. Things won’t change until people admit they own falsehoods. I got the vision, bruh. That is what I’ve been blessed with. My vision. I’m not always going to say things the perfect way. I’m going to say it how I feel. Right now, press, get ready to write your passive aggressive, LeBron James, racist comments. Season four racist comments. Get ready to have a field day, press. Get ready. Get ready. Because the show’s over.”

Fans (including members of the Sacramento Kings) were left in shock.

Some of the Sacramento Kings were at that Kanye concert. Here's Boogie: "HE BOUNCED ON US YO!" ??? pic.twitter.com/Llr1tNoLTk

I miss the old Kanye,
no crazy rant Kanye,
finish the show Kanye,
I hate the new Kanye,
walk off the stage Kanye,
the hella fake Kanye…

Watch the 17-minute video of Kanye’s rant in Sacramento below.

Miss the old Kanye? Check out DX’s latest Breakdown about the topic here.