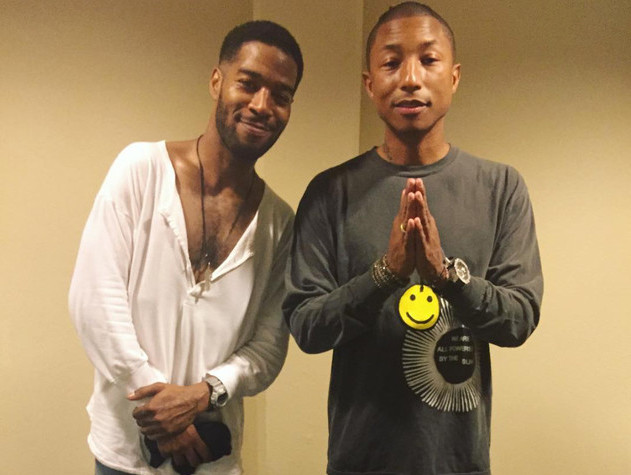 Long Beach, CA – On Saturday (November 5) night, Kid Cudi performed for the first time since checking into rehab at ComplexCon held at the Long Beach Convention Center. He even brought out Pharrell and Travis Scott to share the moment with him.

It’s been a little over a month since the Grammy Award-winning rapper, born Scott Mescudi, went on his Twitter rant blasting Drake and Kanye West before he voluntarily checked himself into rehab for anxiety, depression and suicidal urges.

The 32-year-old superstar artist performed some of his biggest hits including “Pursuit of Happiness” as well as his new records “Frequency” and  “Surfin’,” which are both slated to appear on his forthcoming project Passion, Pain & Demon Slayin’.

When Travie came through, he and Cudi performed their collaborative record “Through the Late Night,” off the Houston rapper’s album Birds in the Trap Sing McKinght.

Prior to checking himself into rehab Cudi wrote a letter expressing hopes of being able to attend the event if his stay went well.

“If all goes well ill be out in time for Complexcon and ill be lookin forward to seeing you all there for high fives and hugs,” he wrote.

His admission to rehab has sparked a healthy conversation about mental health and even caused Drake to be on the receiving end of negative publicity when he dissed Cudi on his song “Two Birds, One Stone.”

Cudder’s manager called Drizzy a “pussy” for the move and now thousands are demanding the 6 God to donate money from the song to a mental health charity.

Check out footage of Kid Cudi‘s first performance since his rehab stay below.

TOO BUSY MAKIN MY OWN WAVES ? #ComplexCon pic.twitter.com/uHzB8lp2ax

Kid Cudi and Travis Scott perform "through the late night" live for the first time ever at #ComplexCon pic.twitter.com/XGMRtGMKL1