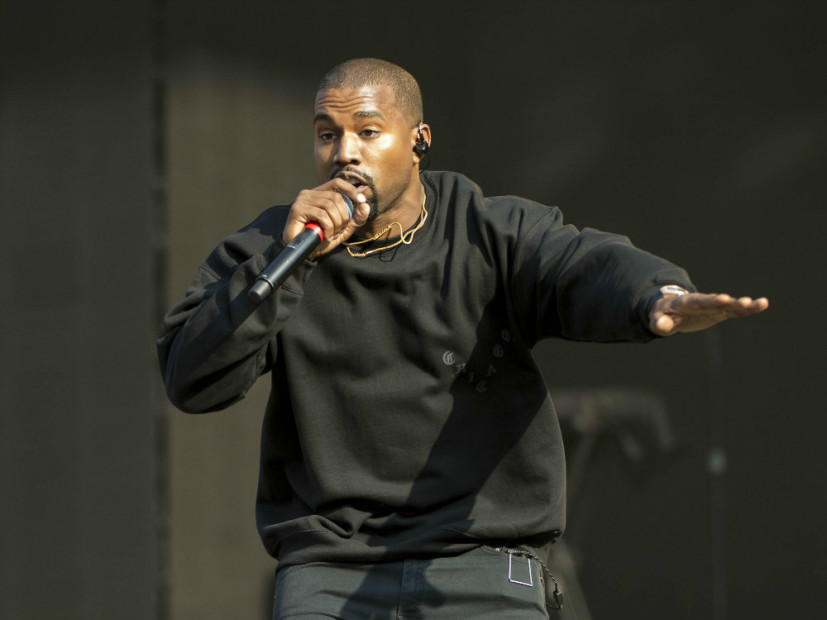 Before, Kanye West was very vocal about racism in America. Calling out President George Bush’s lack of urgency in the wake of the Hurricane Katrina devastation in New Orleans is among the many moments the Chicago rapper-producer took to address the seemingly sensitive topic. Once trying his hand in fashion, he proclaimed that the industry was not only racist, but classist as well.

Now, he’s telling Black people to stop focusing on racism and that he would’ve voted for Donald Trump if, he had voted. But he didn’t.

A full 16-minute rant transcribed by Pitchfork reveals West’s logic behind wanting President-elect Trump as commander in chief, opposed to Hillary Clinton. This all in spite of West donating thousands of dollars to Hillary Clinton and the Democratic National Committee over the past two years, including $2,000 last year.

On Voting For Donald Trump

Kanye created a stir when footage of him claiming that he’d vote for Donald Trump, had he actually voted, surfaced during a Saint Pablo Tour stop in San Jose, California.

“Well, ‘Ye, how you gonna expect people to vote for you if you ain’t even vote? I’m concerned not about the idea of being president or the actual job of it. I’m concerned about putting our concept of how to do the job in a new way. And if no one will do it in that way I will take position in 2020 and do it myself. ‘Aw you ain’t gonna get it now because of what you just said.’ It was proof that it didn’t matter what nobody just said! It doesn’t matter!”

West further defends his choice to want Trump in power and also says that his views on social issues haven’t changed.

The self-proclaimed genius, who also calls Trump a genius for his run, celebrates anyone willing to express their opinion. Even if it means throwing an object at him during a 16-minute show rant, express yourself.

“Oh shit, you threw something at me. Does something else wanna throw something at me? But, you know what, I got the power to get that guy kicked out, or whatever, roughed up. No. Stay here. What do you believe? That’s your opinion. Express your opinion, bro. Express your opinion. Thank you. That’s a woman right there saying, ‘I love you,’ after I just said that there was things that I liked about Trump’s campaign. That’s not supposed to happen, right? No! That’s not supposed to happen, right? Case in point.”

‘Ye says he’s not concerned about the historic idea of how a president should do their job and instead is encouraging ideas for ways of how to do the job in a different way. If no one comes through on that front, West promises to run in 2020.

“I don’t say 2020 out of disrespect to our president at all. I’m not saying that, ‘Aw man, that just mean that anybody can win.’ That’s not what I’m saying when I say 2020. I’ll just say I got some ideas about the way that we should connect our ideas. And we should use opposite parties that the Republicans, that the Democrats, that everyone that ran that had an idea that people agreed with should be the collective ideas that are used to run the country.”