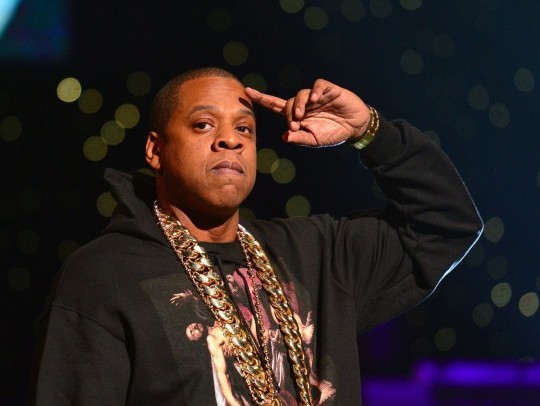 Now that JAY-Z’s 4:44 is officially out and open for dissection, it’s perfectly clear Hov’s 13th studio album is one of his most personal albums to date — if not the most personal. Most notably, JAY addresses the infidelity that Beyoncé referred to on LEMONADE with the song “4:44,” offering up a heartfelt apology. He also reveals his mother is a lesbian on “Smile,” touches on the fight with Bey’s sister Solange in the elevator, and opens the album with “Kill Jay Z,” a track about a third party killing his former self, making his recent name change (from Jay Z to JAY-Z) a lot more understandable.

Of course, Hip Hop fans always love a good diss and the 47-year-old mogul provides plenty of fodder. His sights seem unequivocally set on Kanye West, but there are a few others on the table up for debate. Let’s break it down.

Kanye and JAY were evidently friends at one point, but after Ye went on a lengthy rant during a Saint Pablo Tour stop in Sacramento last November and basically said JAY wasn’t there for him, they seem now to have drifted apart. Once Yeezy hears the venomous bars on “Bam,” “Caught Their Eyes” and “Kill Jay Z,” the rift may only deepen.

“Kill Jay Z:” I know people backstab you, I felt that too/ But this fuck everybody attitude ain’t natural/ But you ain’t the same, this ain’t Kumba Ye/ But you got hurt because you did cool by Ye/ You give him $20 million without blinking/ He gave you 20 minutes onstage, fuck what was he thinking?/ ‘Fuck wrong with everybody?’ is what you saying/ But if everyone is crazy, you’re the one that’s insane.”

“Bam:” “Uh, niggas is skippin’ leg day just to run they mouth/ I be skipping leg day/ I still run the world.”

This seems to be a reply to a line on Kanye’s “30 Hours,” where Ye says, “I hit the gym/ All chest no legs.” The song also samples Sister Nancy, who Kanye sampled on “Famous.”

This is a reference to his collaborative track with Ye, “Niggas in Paris.”

“Kill Jay Z:” “In the future, other niggas playin’ football with your son/ You had lost it, 13 bottle of Ace of Spade what it did to Boston.”

This appears to be a slick jab at the relationship between Future, his child’s mother Ciara, and her new man Russell Wilson, who plays quarterback for the Seattle Seahawks and is now Future’s son’s stepfather.

“Family Feud:” I’m tryna fix you/ I’m tryna get these niggas with no stripes to be official/ Y’all think small, I think Biggie/ Y’all whole pass is in danger, 10 Mississippi/ Al Sharpton in the mirror takin’ selfies/ How is him or Bill Cosby s’posed to help me?”

The sole song to feature Beyoncé, “Family Feud” could possibly be touching on the lack of solid role models for the younger generation. Bill Cosby, who is currently fighting sexual assault accusations, is no longer the same Dr. Huxtable that Americans looked up to in The Cosby Show‘s heyday.

“Look, I know killers, you no killer/ Bathing Ape maybe not a gorilla, huh?/ Glorified seat filler, huh?/ Stop walkin’ ’round like y’all made Thriller, huh?/ Fake Dracos all in the videos/ We sure, we shoot ’em in my city, though/ I don’t post no threats on the internet/ I just pose a threat, blame Lenny S. for that … Please don’t talk about guns that you ain’t never gon’ use.”

Many people are speculating JAY’s line about Dracos could be dissing Soulja Boy or other young rappers who have flossed their arsenals on their social media accounts.

The internet stirred up some more fake news when several social media users claimed Hov threw out a line dissing Kayne’s wife, Kim Kardashian. “My wife a queen not a Kardashian,” he supposedly said.

Kanye's face when he hears Jay's Lyrics "…I never was a fan…. my wife a Queen not a Kardashian" #Tidal #JayZ pic.twitter.com/tM7kaWC3VD

Par for the course, Twitter users both supported and debunked the rumor. But no one can name the song and after several listens, neither can we. Why? Because it doesn’t exist.

Jay Z ain't diss Kanye or Kim Kardashian. Fuck is y'all talking bout??? Had me rewinding the song 20x like I missed something

Only time will tell if any of JAY’s intended targets will have anything to say in their defense (like Eric Benet did), but in the meantime, listen to 4:44 here and draw your own conclusions.