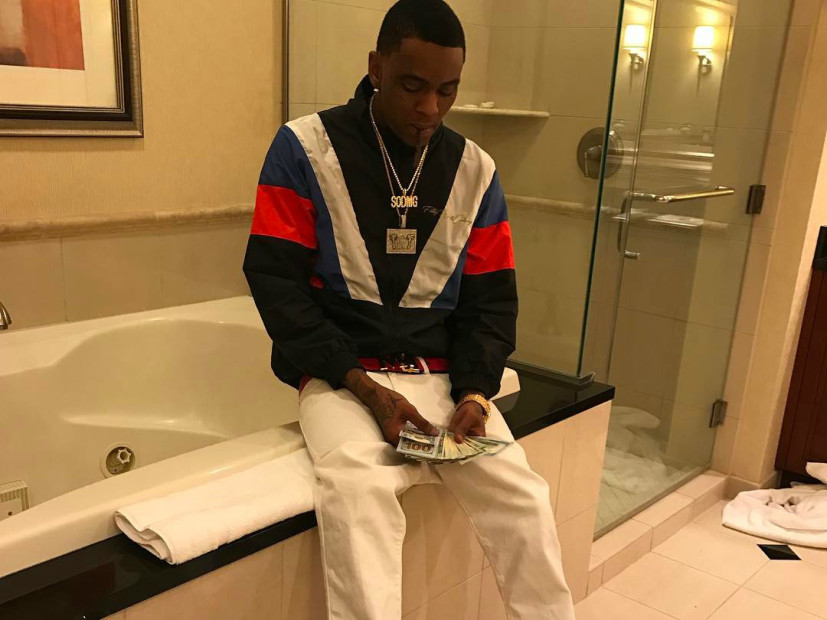 Los Angeles, CA – Soulja Boy has more to fight than Chris Brown as he has been slapped with two felony charges for gun possession, TMZ reports. The site says that he has pleaded not guilty to the charges and will be in court again next month.

The charges — possession of an assault weapon and being a felon in possession of a firearm — come after Soulja’s December arrest where he was taken into custody for guns found in his home. After initial reports said he was cleared of charges, the “Crank That” rapper was also charged with a misdemeanor for stolen property because one of the guns was allegedly stolen from a police car.

The assault weapons charge was for a mini Draco AR-15, which is illegal in the state of California. Soulja Boy rapped about threatening Quavo with a Draco before his arrest, and is apparently naming his upcoming album after the weapon.

He reportedly violated his probation stemming from a 2014 weapons possession case and if convicted, is facing four years in prison.

HipHopDX has reached out to Soulja’s rep for comment on the reported charges.