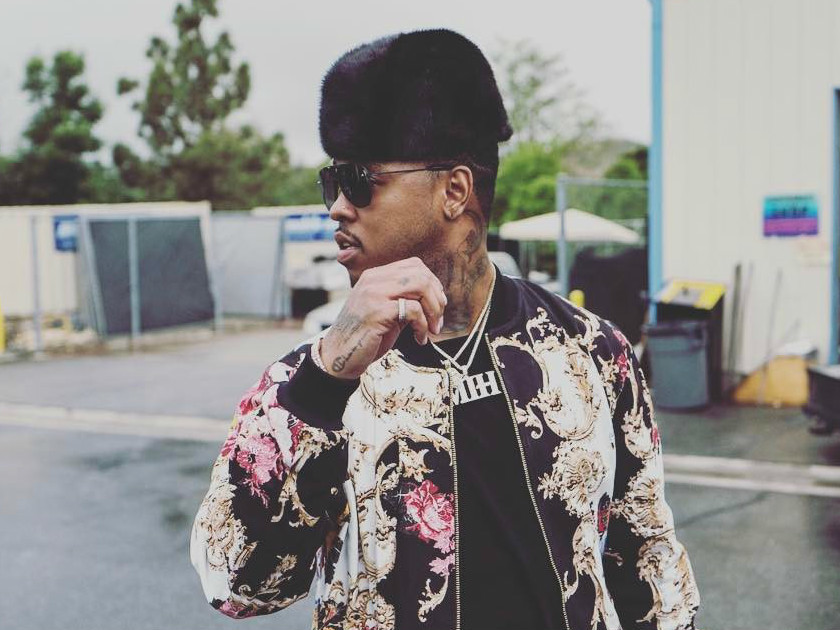 It was a cold and rainy evening at Glen Helen Amphitheater in San Bernardino. In front of a crowd of screaming fans, Jeremih graced the stage to perform some of his biggest hits, including “Planez.”

HipHopDX was in attendance to cover the stage performances, as well as the behind-the-scenes. Shortly after Jeremih exited the stage, where he brought out Scott Storch for “All Eyez,” we caught up with the Chicago artist.

Back in 2015, Jeremih felt some type of way about Def Jam taking so long with his Late Nights album rollout. So much so, he tweeted at the legendary label, saying they didn’t deserve his talents. In fact, he even had 50 Cent backing him up.

DX asked Jeremih if he felt he had Def Jam’s full support. After a slight pause, he answered, “Not necessarily, but I’ve always done me, and that’s always worked.”

This led to the Late Nights rapper detailing the drop of his recent EP, Cinco De Mihyo.

“We just put it together,” he explains. “I didn’t get a chance to really go crazy, as I should have. . . kind of mixing and mastering. But I just wanted to get people energy out, how I felt for celebrating around the holiday. Every year, Cinco de Mayo, I go crazy. Tequila.”

But even Jeremih was too busy working to be celebrating the great holiday.

“You know what, I actually didn’t sleep for those 24 hours. So I caught up on sleep last night,” he shares.

With Big Sean headlining #PowerhouseLA, Jeremih revealed Sean Don’s mindset behind the music video for “Light,” his guest feature on I Decided.

He explains, “Big Sean said he was putting together somewhat of a documentary style, catering to a lot of the important issues that’s going on in the world right now.”

Released just one day prior, Jeremih actually does not make an appearance in the clip.

“The song was more important, which is what we did at his house,” he adds. “When I first heard the beat, we was in there. I already knew how special it was. Just even, from hindsight now looking back, glad everybody actually has the opportunity to see it, as well as him opening the album with it.”

Concluding the conversation, it looks like Cinco De Mihyo wasn’t the only surprise project in the vault.

“Cinco De Miyo out right now,” he says. “We finna go crazy. Another surprise project coming up real soon, with one of my homies. Y’all can look forward to that. And then my bday coming up, probably drop something off then. It’s for the fans.”