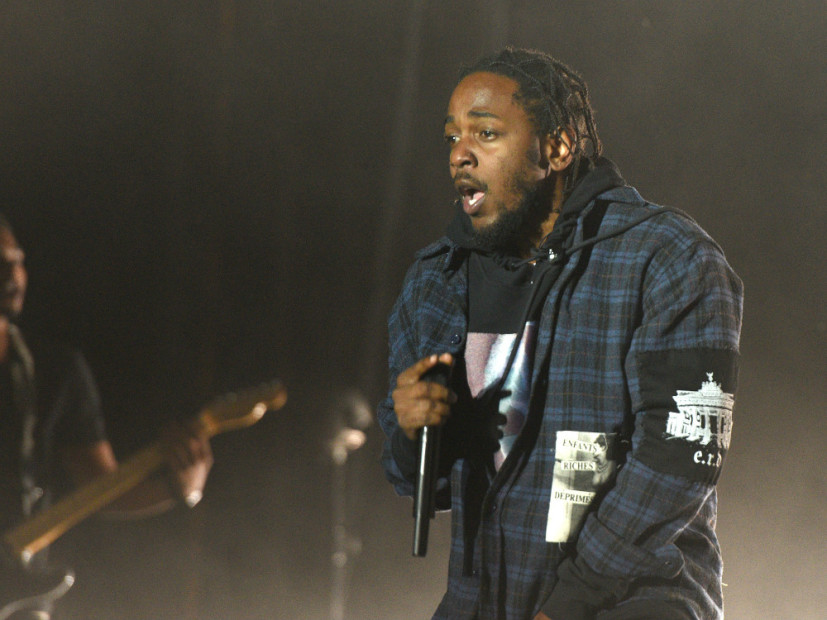 Kendrick Lamar is riding a wave of momentum that began the moment he dropped “Humble” earlier in the year. K-Dot officially goes #1 with his latest studio album, DAMN. as the Nielson SoundScan report is in. This means DAMN. has the biggest debut week the Billboard 200 charts have seen this year thus far. The monster introduction of the Compton rhyme slinger on the charts pushed Canadian superstar and alleged rival Drake down to #3.

Future’s self-titled album is still sitting pretty at #8, while the Fate Of The Furious Original Soundtrack debuts at #10 with the movie selling over $1 billion worldwide. Migos is hovering just outside of the top 10 with Culture sitting at #11.

Kendrick Lamar’s new moniker surely means that he is a master of the music and not martial arts and that counts for something in the album sales game. The Compton star’s latest studio album, DAMN., moved just over 603,000 equivalent album units with over 352,000 actual album copies scanned.

While that’s impressive on its own, all four of K-Dot’s albums are charting in the Billboard 200, with folks revisiting good kid m.A.A.d. city to the tune of boosting the album to #27 on this week’s chart, a 37 percent increase in sales. To Pimp A Butterfly had an amazing 49 percent jump from #109 to #50 on the sales chart, while his official studio debut Section.80 is at #179 with a 58 percent boost from the previous cycle.

Drake’s More Life playlist took a 19 percent drop in sales and landed him at #3, right behind the latest from singer and guitarist John Mayer, Search For Everything, which lands at #2. More Life moved over 87,000 total units for the week, and will undoubtedly hang around for a while yet once the visuals pour in for some of the project’s big tracks. Drizzy’s entry at #3 knocked Ed Sheeran’s Divide down to #4 and the Chainsmokers’ Memories…Do Not Open dropped 72 percent from its #1 debut last week to #5.

Joey Bada$$ and Kodak Black Fall On The Charts

Joey Bada$$’s sophomore studio album, All-Amerikkkan Bada$$, fell 65 percent from its #5 debut from last week to #22. The Brooklyn phenom still moved over 17,00 equivalent units for the week. Beleaguered South Florida rapper Kodak Black’s latest, Painting Pictures, dropped 20 percent and now sits at #13 after debuting at #3 three weeks ago. Playboi Carti’s self-titled debut hit at #12, while Post Malone hangs around again at #15 for the second week in a row.