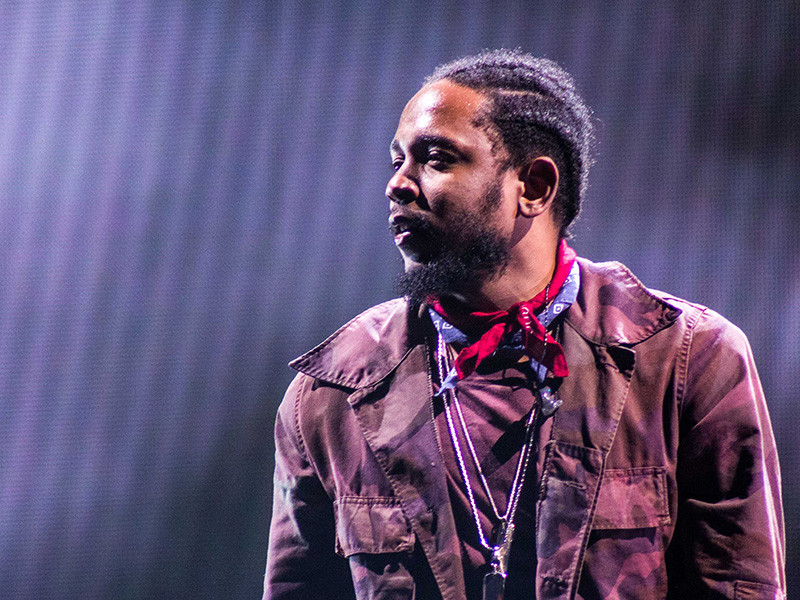 Kendrick Lamar is officially king of the Billboard 200 chart as the numbers for DAMN.‘s debut are in, according to Hits Daily Double. Cornrow Kenny careens past Drake’s More Life to have the highest first-week sales of 2017. Elsewhere on the list, Playboi Carti makes his debut with his first full-length project.

Kendrick Lamar’s DAMN. album pushed 610,000 equivalent album units to claim the top spot on the Billboard 200 in its first week. The LP pulled in more than 300 million streams, but 60 percent of the total number comes from pure album sales, boosted by the epic album signing he held in Compton. Kendrick beats out Drake for the highest-selling debut of 2017. More Life sold 505,000 units upon its release earlier this month. It spent three weeks at #1 before being dethroned. This is K.Dot’s third straight #1 album, following untitled unmastered. and To Pimp a Butterfly.

Drake’s Still Got Life In Him

Drake’s More Life lands at #3 on this week’s chart, slipping one position from the last sales cycle. It raked in 87,000 total units and is still the most-streamed project in the country with more than 385 million plays.