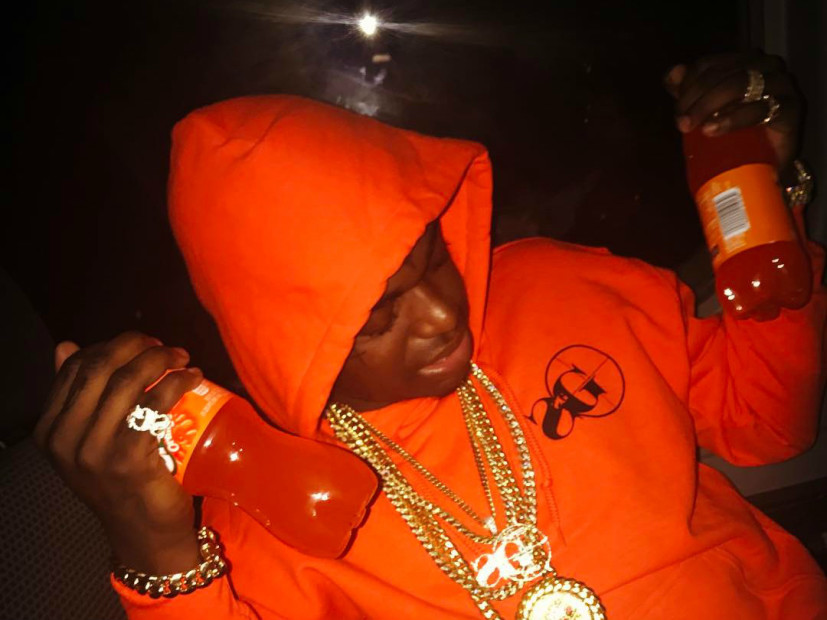 Kodak Black is not letting jail get in the way of his music career as he drops his debut album, Painting Pictures.

The release of Painting Pictures is accompanied with the “Project Baby” documentary showing the 19-year-old artist’s rise to fame.

Kodak Black is currently in jail for violating probation on multiple charges in the Sunshine State. He is also facing charges for criminal sexual activity in South Carolina, which he is out on bond for.

Stream Kodak Black’s Painting Pictures album above and see the tracklist and cover art below.

Kodak Black’s rollout for his Painting Pictures album seems full speed ahead even though Project Baby sits behind bars for violating probation in Florida.

Yesterday (March 24) the 19-year-old rapper’s Instagram account shared the cover art for the album, due out March 31. It’s predominately orange and has Kodak sitting in the middle of a room creating a self-portrait. Written on the walls around him are some of his signature(?) phrases, including “Broccoli,” “No Flockin” and “SKRT” along with an outline of the state of Florida.

The first single, “Tunnel Vision” is simmering in the Top 10 of Billboard’s Hot 100 charts as it has audiences captivated nationwide. The powerful video portrays a KKK member being hung behind Kodak while the scenes swap between him rapping and a black man fighting a white supremacist.

Kodak was sent back to jail last month when a trip to the strip club and a boxing match violated his probation. He had recently served a sentence for robbery false imprisonment, fleeing a law enforcement officer and possession of a firearm by a delinquent and was then extradited to South Carolina to face charges for criminal sexual activity. He was out on $100,000 bond.