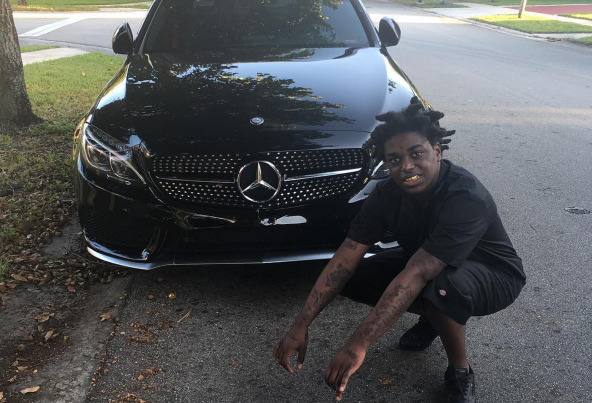 St. Lucie, FL – Kodak Black hasn’t been home long enough to catch up on all the rap news he missed as he rotted away in a Florida jail cell for most of the year on allegations that he sexually assaulted (and bit… and licked…) an unidentified woman.

So it’s unsurprising that he may have missed the monster single that was D.R.A.M. and Lil Yachty’s “Broccoli,” which was certified double platinum back in September. What is surprising, however, is the fact he not only thinks he not only invented the term broccoli as code for marijuana, but says both enigmatic artists banded together to swagger jack his essence just to create the hit.

“Man, what the fuck?” Kodak asked his Instagram followers as he sat and nodded his head to the track. “Who these lil niggas is jockin my little swag, tombout ‘Broccoli’ man?”

The 19-year-old budding rapper then took it upon himself to switch up his food groups proclaiming, “You know what, I don’t some broccoli no more, I smoke cantaloupe since you lil square ass niggas trying to steal my lil swag. I smoke cantaloupe now!”

With broccoli being off limits, Kodak commanded Yachty and Big Baby Dram to start using spinach from this point on. Just like Popeye.

Yachty, also 19, has been beaten up in the media by his peers and fans alike all year so what’s one more adversary for 2016?

Shortly after Kodak’s Instagram posts gained traction, Yachty took to his Twitter to indirectly respond with “Niggas hate me but ion care bout that I need my credit. I did too much this year. #respectme” and even got a co-sign from fellow artist Ty Dolla $ign, who told him he didn’t “gotta prove shit.”

Niggas hate me but ion care bout that I need my credit. I did too much this year. #respectme

@lilyachty u ain't gotta prove shit to none of these people ! Keep going bro ????

He also responded more directly on Instagram, saying that he means nothing but love to Kodak Black and added that he doesn’t even smoke weed.

@kodakblack all I show is love bro don't disrespect me

D.R.A.M. has yet to respond as of press time but it’s only a matter of time before the inevitable press run behind Kodak’s Instagram commentary makes its rounds.

Also, it’s worth nothing that E-40 released a fan favorite weed track titled “Broccoli” in 1998, when both Kodak and Yachty were one-years-old.