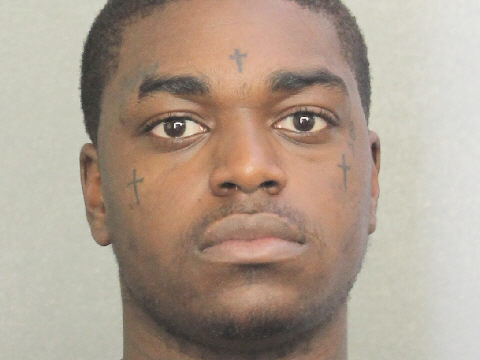 Kodak Black's Probation Violation Lands Him Back In Jail

Broward County, FL – After being freed from jail a few months ago, Kodak Black has found himself back in the slammer after violating his probation, according to Broward Sheriff’s Office. His rendezvous with jail and the legal system has been constant since he’s grown in popularity dating back to 2015.

Kodak, born Dieuson Octave, was arrested Tuesday (February 28) for breaching the terms of the five-year remittance. In August, he was ordered by Broward County Judge Lisa Porter to stay under house arrest and take anger management training.

It’s unknown what the 19-year-old Pompano Beach native did to violate his terms, but nonetheless, he’s back under the cell pending trial. Bail has yet to be set.

He was originally arrested for robbery false imprisonment, fleeing a law enforcement officer and possession of a firearm by a delinquent in April.

After serving time in Florida, he was transferred to South Carolina to face charges of sexual battery, which is where he posted $100,000 bond to be freed.

Since his release, he was able to secure a Hot 100 Billboard single with “Tunnel Vision” and it was announced that he’d be joining Future on his Nobody’s Safe Tour alongside Migos, Tory Lanez, Young Thug and A$AP Ferg, which is scheduled to kick off on May 4 in Memphis.

Kodak is slated to perform Wednesday (March 1) on his Back and Better Tour at the PlayStation Theatre in New York.

Until trial is set, it is unknown if he will be able to continue his own trek let alone Future’s.