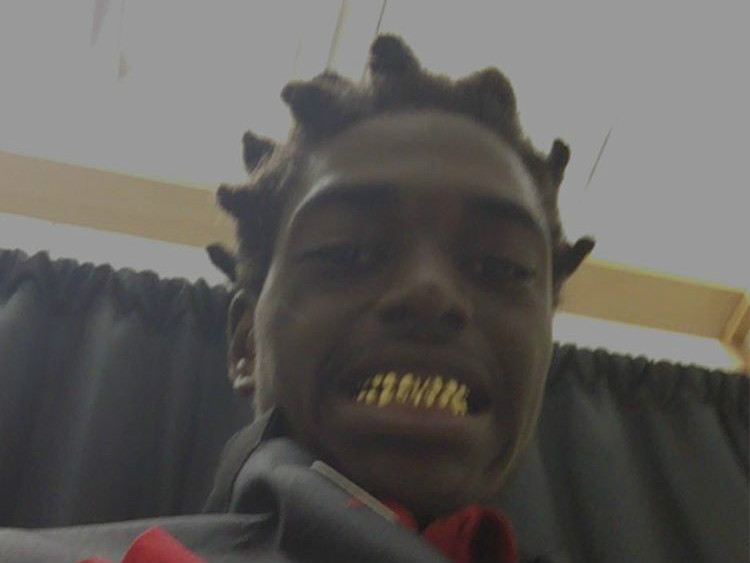 Kodak Black was released from jail and is now free, according to an Instagram post he made yesterday (April 22).

“From The Cell, To The Airport!” the 18-year-old writes for the caption of a photo of himself at the airport. “Baby Cause Im A Thug” Birmingham Tonight#Flies”

He had a scheduled performance at Merienda Lounge in Birmingham, Alabama last night.

The rapper was arrested on weapons and marijuana charges Thursday (April 21). He led police on a car chase when they approached him after witnessing him purchase marijuana.

From The Cell, To The Airport! "Baby Cause Im A Thug" Birmingham Tonight #Flies

Kodak Black was arrested yesterday (April 21) and footage of the 18-year-old being taken into custody surfaced on social media. Today (April 22), NBC South Florida reports that the Institution rapper was arrested after a car chase.

The rapper is facing charges for weapon or ammunition possession by a convicted felon, marijuana possession, several traffic violations and eluding an officer.

Officers approached Kodak Black and a passenger in their car after they witnessed the two purchasing marijuana. The rapper drove away and a car chase ensued. The police lost the car, then found it parked in front of a house and confronted the two men. As they neared, Black threw an object that turned out to be a glock 23 .40 caliber pistol into a dumpster.

Kodak Black has been arrested, according to a video post from DJ Akademiks on Twitter made today (April 21).

It has not been reported what charges the the Pompano Beach, Florida rapper is facing. The footage shows him in handcuffs being escorted to a police SUV. Someone in the crowd shouts “Kodak” and another yells “Project Baby,” which is the name of his 2013 mixtape.

The rapper was arrested in October on robbery and assault charges.

Kodak Black is one of HipHopDX’s “Top Artists To Watch For In 2016.” He received attention when Drake co-signed him on Instagram. Kodak Black appeared on “Lockjaw,” a cut from French Montana’s Wave Gods mixtape. He released the Institution mixtape in December.

Watch the video of Kodak Black’s arrest below: