Review: Joey Bada$$ Gets Political Without Preachiness On "ALL-AMERIKKKAN BADA$$" 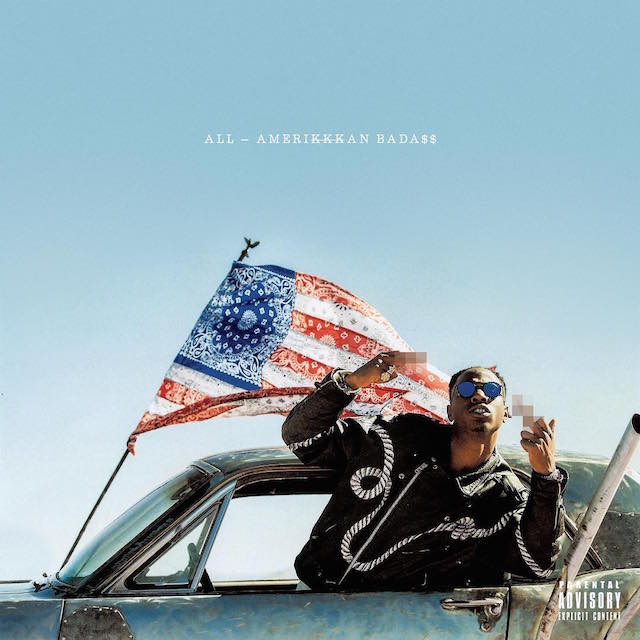 Joey Bada$$ wanted April 7th to be remembered as Global Hip Hop Appreciation Day. We believed that Kendrick Lamar was dropping an album (or something) on the same day as releases from Bada$$, Tech N9ne, and Allan Kingdom. April 7th marked the late Tupac Shakur’s induction into the Rock and Roll Hall of Fame by his Death Row Records labelmate Snoop Dogg. To Joey, these historical markers need to be celebrated like Record Store Day or The Notorious B.I.G. Day in Brooklyn.

With K. Dot ending up announcing his album release for April 14th, Joey is left to relish in his own moment. He has gone through some tough tribulations in the last four years, dealing with the loss of Pro Era member Capital STEEZ and his two cousins Junior B Fly and Rell Shank. In an earlier interview with Hot 97, he responded about their guidance: “They’ll just tell me to keep doing what you doing. And that’s what keeps me stronger and what keeps me motivated.” Through these sad moments, Joey has kept a positive outlook on life as he forged his career as New York’s torchbearer for ‘90s nostalgia and lyrical substance. After scoring a Top 5 Billboard debut with his first album B4.Da.$$, he returns more mature and wiser on ALL-AMERIKKKAN BADA$$. Following a lineage of Hip Hop artists calling out America’s fraudulence (refer to the OG Ice Cube’s album AmeriKKKa’s Most Wanted and STEEZ’s AmeriKKKan Korruption), Joey uses his platform and voice to support the anti-Trump movement while schooling millennials on the unfair treatment of Blacks in this country. By addressing ongoing contemporary issues head on, it shows his fearlessness in telling it like it is.

ALL-AMERIKKKAN BADA$$ is a needed Hip Hop album in 2017. Since YG led the march in protest anthems with “FDT” (F**k Donald Trump), we’re seeing a shift in more rappers being outspoken against injustice and creating music to uplift communities. It’s the first time Joey has gotten political on one of his albums, tackling the government and the rise of white nationalism with a laser-sharp focus. “FOR MY PEOPLE” is an earworm that puts this question into the world: “Who will take a stand and be our hero for my people?” Frankly, it’s not easy to answer, but Joey seems to take matter into his own hands: “Music is a form of expression, I’ma use mine just to teach you a lesson,” he raps, using an analogy of his microphone as a weapon to get his message across. On “LAND OF THE FREE,” he emphasizes there’s three K’s and two A’s in America, delivering eye-opening lines about Trump’s presidency (“Obama just wasn’t enough, I just need some more closure/And Donald Trump is not equipped to take this country over”) and systematic racism. “In the land of the free, it’s full of free loaders/Leave us dead in the street to be their organ donors,” he laments on the hook.

Compared to B4.Da.$$, Joey gathers a familiar cast for his sophomore set as Pro Era’s Chuck Strangers, Kirk Knight, and Powers Pleasant carry on tradition of smooth boom-bap instrumentals with an updated aesthetic. Statik Selektah, one of Joey’s earliest beatmakers, offers head-nodding grooves on “SUPER PREDATOR” and “LEGENDARY” while DJ Khalil and 1-900 round out the album. Joey seems confident in punching above his weight class, gathering veterans Styles P, ScHoolboy Q, and J. Cole to deliver exciting verses (yes, J. Cole delivered an “exciting” verse) to soak up and dissect. “ROCKABYE BABY” is the winner out of his collaborative effort as it features Q making bold statements about gang culture on the East Coast (“I’m part of the reason they still Crippin’ out in Brooklyn”). But more importantly, Joey sounds right at home in Q’s dark environment, with their unbounded chemistry setting them up for a bigger fan reaction if they cut another record together.

If Kendrick did release his album on the same day as Joey, we’d be having a different discussion about two conscious rappers in their prime going head-to-head in a sales battle. Yes, that “Control” verse was years ago, but it doesn’t take away from the fact Joey felt a way about his notorious “King of New York” line and responded promptly on “Killuminati Pt. 2.” ALL-AMERIKKKAN BADA$$ shows an ample amount of growth for a socially aware rapper discussing heavy issues. It shouldn’t be surprising that Joey talks about working on multiple projects in his interviews at one time, transitioning into another chapter of adulthood and thinking about what to say next. With a magnum opus yet to be written, Joey’s finally in a space as an artist where he can snatch the crown from the competition.