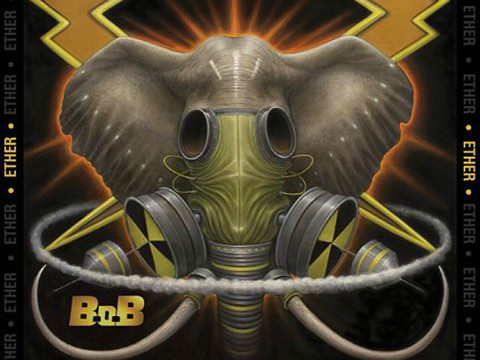 As indicated by B.o.B’s early Thursday (May 11) Twitter post, his new album Ether was delivered right on time. “ETHER drops @ midnight!!! #ETHER,” he captioned a photo of the album art.

Check out B.o.B’s Ether album stream below and keep scrolling for the cover art and tracklist.

Marking his first album since 2013’s Underground Luxury, B.o.B is making his return with the announcement of his forthcoming album, ETHER, which is expected to arrive on May 12. The Decatur, Georgia artist, born Bobby Ray Simmons, Jr., revealed the cover art via his Instagram account early Wednesday (April 5) and also dropped the first single “4 Lit” featuring Ty Dolla $ign and T.I.

The project serves as his inaugural independent album since his split with Grand Hustle/Atlantic Records. B.o.B was with the label for a decade and released albums such as his 2010 debut B.o.B Presents: The Adventures of Bobby Ray, which debuted at No. 1 on the Billboard 200, and 2012’s Strange Clouds. Check out the new cover art below.