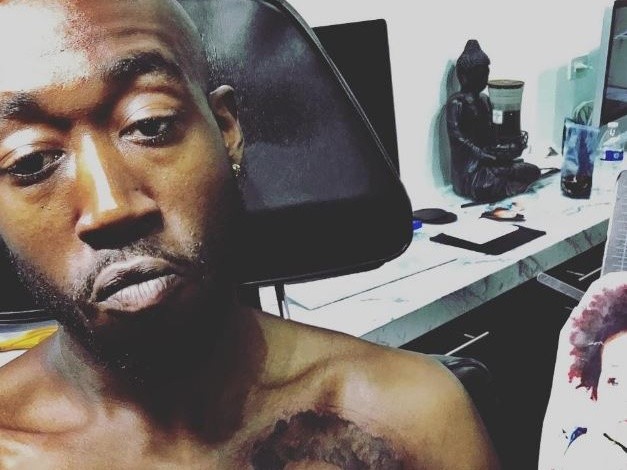 For Gary, Indiana lyricist Freddie Gibbs, the similarities between the cover art and release trailer for his You Only Live 2wice album and Logic’s newly announced Everybody project are more than just a coincidence.

In an Instagram post uploaded Wednesday (March 29), Gangsta Gibbs stated that the Maryland rapper “blatantly jocked” the inspiration for his album cover.

“Dear @logic301 I hope you purchase my album on Friday due to the fact that you just blatantly jocked my shit. Blessings. #ESGN #YOL2 3/31,” Gibbs wrote.

Dear @logic301 I hope you purchase my album on Friday due to the fact that you just blatantly jocked my shit. Blessings. #ESGN #YOL2 3/31

Compare the two trailers below:

A previous post from Sam Spratt, the New York-based artist responsible for Everybody‘s cover art, offered some insight into the piece.

According to the backstory Spratt shared, the idea for Logic’s cover art was in the works well before Gibbs dropped the artwork for You Only Live 2wice.

In his tweet, Spratt went on to explain that Logic crafted the idea for his cover art last year, during a visit to The Louvre museum in Paris, France.

“Last summer I got a call from Bob (Logic). I answer the phone: ‘Dude. Everything ok? It’s 3 in the morning’. He replies. ‘Bro. I’m in Paris. I’m at the Louvre. I know what the next album cover is gonna be…The Wedding at Cana by Paolo Veronese,'” Sam Spratt wrote.

Damn. Thank you so much for the comments on the cover. Here's just a small bit of the story of how it came to be. So much more to share. pic.twitter.com/IH2kcY67yi

He then revealed that Logic, who has yet to respond to the cover art controversy, wanted his wife, family, friends, and people of all races depicted in the work of art.

Logic has previously shared an image of the painting on IG about six weeks ago.

Saw this in Paris. Very beautiful. What are some of your favorite pieces of art?

Freddie Gibbs’ You Only Live 2wice album is scheduled to drop tomorrow (March 31), and Logic’s Everybody is expected on May 5.