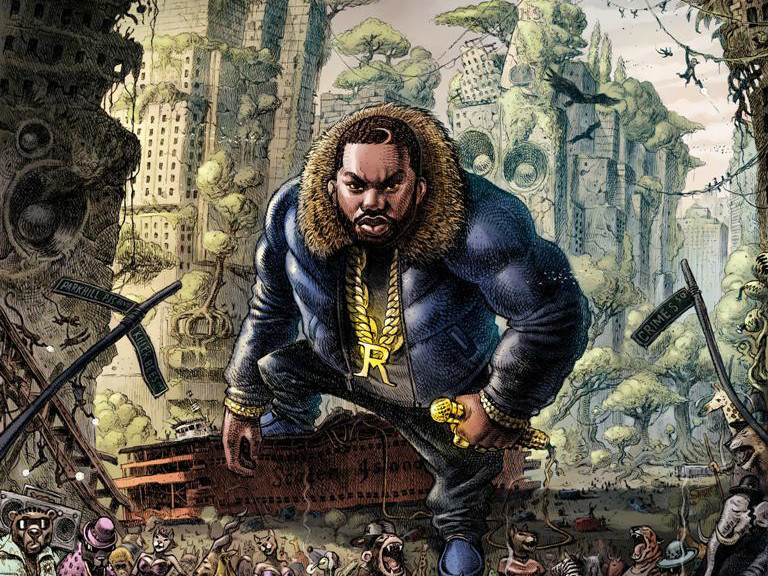 Raekwon Brings “The Wild” To Fans With 7th Studio Album

Dinner is served. Raekwon has released his seventh studio album, The Wild.

The Chef has 16 tracks on the LP, including features from CeeLo Green, Andra Day, Lil Wayne on “My Corner” and G-Eazy on “Purple Brick Road.”

Raekwon partnered with tech company SubPac to bring a handful of lucky fans and supporters The Wild through a backpack that plays the music for a full-body experience.

Prior to releasing The Wild, the Wu-Tang vet also shared a remix of “What It Comes Too” with Ghostface Killah.

Stream Raekwon’s The Wild below and keep scrolling for the tracklist and cover art.

[This article has been updated. The following was published January 12, 2017.]

Today, January 12, marks the 47th birthday of the Wu-Tang Clan’s most fly and luxurious member, Raekwon. But he’s the one giving the gift out to the fans, as he’s taken to social media to make good on his promise that his new music would be arriving for the new year.

Officially unveiling The Wild as his seventh studio album, the artwork (created by Dan Lish) depicts the Staten Island rap legend in an urban concrete jungle of sorts, towering over personified animals.

Early reports also claimed the album was to be released on March 10, 2017 but The Chef debunked those rumblings on Twitter.

“FYI album date will be released on a later date it’s not March 10th and also my middle name ain’t Quontrell either lol,” he wrote, with the latter being a reference to his Wikipedia page.

One thing’s for certain, however. The LP will be released through ICEH20/Empire Records.

Peep below for Raekwon’s The Wild cover art.

“LP IS DONE !!!!! #blades is sharpened. # 2017 release litted !!!!! I will always appreciate real rap…..#factual” he wrote in the caption of a shot of himself getting a trim from the barber.

This new LP will be Rae’s seventh solo studio effort since his Only Built 4 Cuban Linx… debut in 1995. Since then he’s also dropped more than a dozen mixtapes, as well as the Wu-Massacre collaborative album with Ghostface Killah and Method Man in 2010.

His most recent release, 2015’s Fly International Luxurious Art, came out after a long lead-up and earned him a 3.5/5 in DX’s review, where contributor Homer Johnsen wrote, “He certainly isn’t at fault for thinking outside the box, but considering the anticipation and buzz generated for any Raekwon product – especially F.I.L.A.— the finished product doesn’t quite match the overwhelming talent and legacy of the legendary emcee.”

So far, Rae hasn’t released any feature details on the upcoming project, though he toured with Ghostface over the summer and his IG shows him pictured with producer/record exec/turntablist A-Trak and, uh, Justin Bieber.

Chef x @justinbieber …….on the cool out ! # flexin backstage …