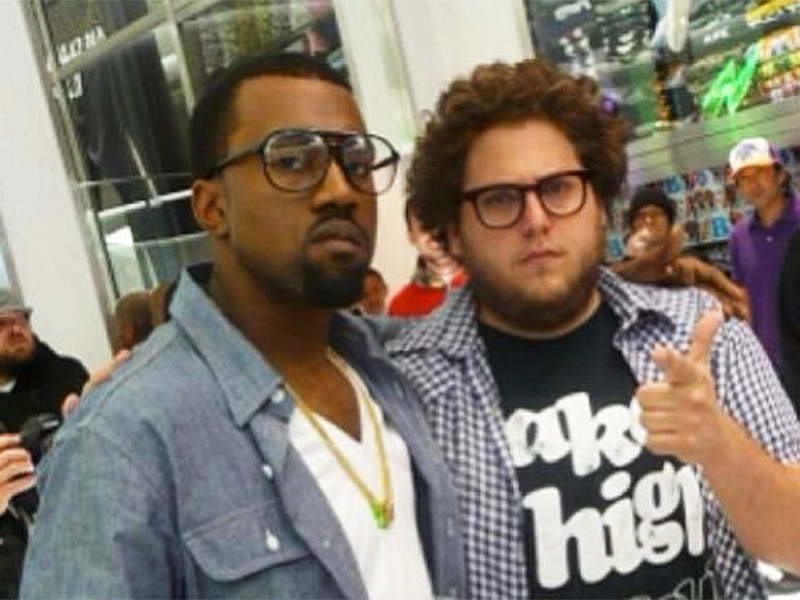 During a recent interview with Eric and Jeff Rosenthal on the latest episode of the A Waste of Time podcast, former Grantland writer and current New York Magazine Writer-at-Large Rembert Browne recalled the events that culminated in him being backstage in the middle of a group hug with West, Hill and Hynes prior to Yeezy’s performance of “Ultralight Beam” on the SNL episode.

“[Dev Hynes and I] were following Jonah [Hill] and whoever he was with and we get stopped in this really thin hallway,” Browne explains of the night’s events. “We get stopped and we don’t know what’s happening. Then all of a sudden, Kanye West — who I’ve never really been in the same room with — is walking towards us. He’s wearing that pearl bedazzled jacket and he’s worn a lot this year and he’s just walking towards us … He looks at Jonah and goes, ‘Jonah Hill in the muthafucking house,’ and daps up Jonah Hill. They’re just vibing out.”

“What we had also heard was that he was upset,” Browne continued, perhaps referencing the content of the leaked audio. “Something was wrong with one of the mics during the first performance and apparently he left SNL. He left the building and Lorne [Michaels] had to go get him. Apparently in this break there might have been a decent amount of Hennessy that went into his system, which might provide some clues.”

After Kanye and Jonah had finished dapping, Yeezy turned his attentions to Dev Hynes before getting everyone together for what could be interpreted as an awkward group hug, all courtesy of too much Hennessy.

“So he has this straight up 90-second moment with Jonah Hill [and] Jonah is very tickled by it … He leaves Jonah and they dap up, probably for like a sixth time, and then goes and stops again and is like, ‘Yo, what’s up, Dev?’ And Dev, who is a gigantic Kanye fan, like I am feeling his leg shake and it’s hitting mine [laughs] … And Dev was like, ‘Yo, good to see you again.’ I’m not surprised that they had crossed paths at some point. And then he passes Dev and just looks at me, and I’m wearing this white Nautica Jacket that I had gotten pretty recently and he just looks at me and he goes, ‘Yo, man, I like that Nautica Jacket,’ and daps me up … Then he kept going and we’re all just shaking on the wall. He keeps walking and then he stops and turns around and looks at all of us on the wall and goes, ‘Group hug.’ I have a group hug with Dev, Jonah Hill and Kanye. And he holds it for five or six seconds longer than any group hug should ever last and it was great. I’m like, ‘I don’t know what’s going on. I don’t know where I am. This is the weirdest thing that’s ever happened to me.’ Then finally releases, keeps walking, and turns around one final time and addresses everyone. He goes, ‘This moment was brought to you by Hennessy’ and walks directly on stage and does ‘Ultralight Beam.’ That hallway scene was just the wildest thing.”

Listen to the entire podcast episode below.