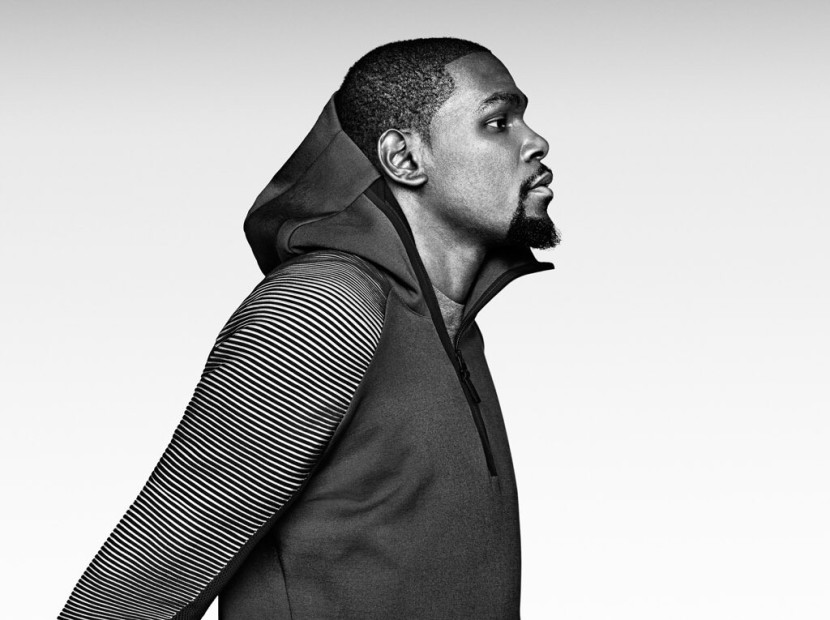 Before he makes his debut at Oracle Arena for his first official game as a Golden State Warrior, Kevin Durant got some practice (we talking about practice?) in on the court when he was spotted moshing at Kanye West’s Saint Pablo concert last night (October 23) at the basketball arena.

Sporting a hoodie and baseball hat, KD looked just like the rest of those fanning out over Yeezy, except maybe a little taller at 6’9″, which made him easy for Kanye to spot.

“Hold on, hold on, KD I see you down there,” ‘Ye says while performing “Famous.”

Known to be an avid rap fan, Durant has previously expressed excitement at Drake giving him a shoutout on VIEWS and has also gotten a tattoo of Tupac. He’s even spat a few bars himself, appearing on a track with Wale and getting in a beef with Lil B, which is all settled now that he’s in the BasedGod’s hometown. Oh, and Jay Z is his agent.

Watch as Kevin Durant joins the mosh pit and sings along to Kanye West’s “Famous” and “Runaway” below.

@KDTrey5 moshing in the pit at the Kanye Show tonight pic.twitter.com/cWqBvqTDYW