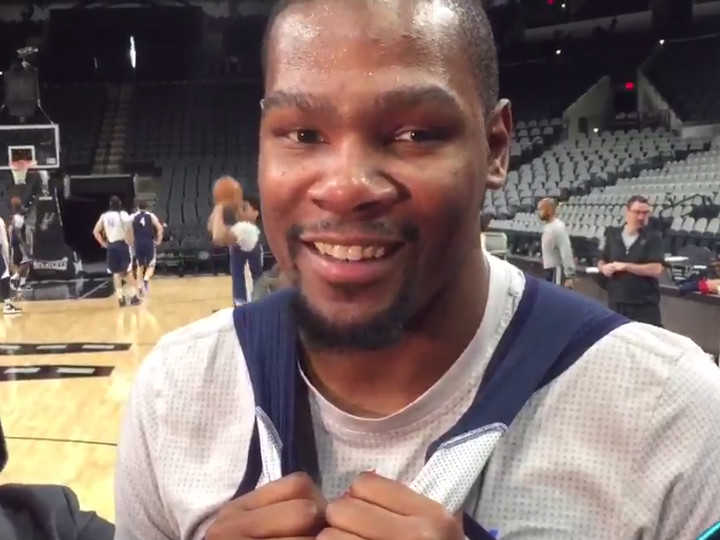 Drake’s “Summer Sixteen” single was laced with basketball references, including a claim that Stephen Curry and the Golden State Warriors held practice at his house.

Although the song didn’t make his VIEWS album, the cut “Weston Road Flows,” features a basketball reference where Drake compares himself to Oklahoma City Thunder forward Kevin Durant, whose number is 35.

“A lot of people just hit me up when my name is mentioned / Shout out to KD we relate we get the same attention / It’s rainin’ money, Oklahoma City Thunder / The most successful rapper 35 and under,” Drizzy raps on the song.

The Oklahoman chatted with the NBA superstar after practice yesterday (May 2) and asked Durant about hearing his name on the album.

“It kinda surprised me,” the Roc Nation Sports athlete says. “When your favorite rapper puts your name in a song, it makes you feel like you made it no matter what you’ve done. So yeah it was pretty cool.”

The Thunder won Game 2 of the Western Conference Semifinals against the San Antonio Spurs last night. They tied the series at a game apiece. Durant had 28 points on the night.

Watch the video of Kevin Durant responding to Drake’s shoutout on “Weston Road Flows” below: