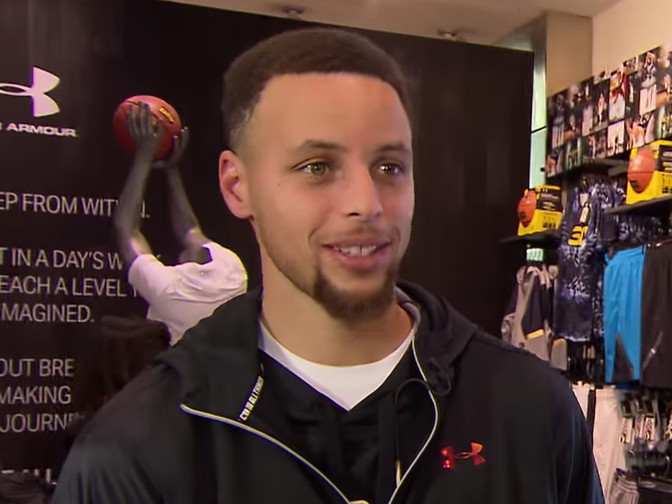 Drake’s “Summer Sixteen” made headlines for continuing his beef with Meek Mill and for calling out fellow Toronto native Tory Lanez. The entire song was not a diss track, however, as Drizzy also shouted out the Golden State Warriors, saying that he hosts the NBA champions’ practices at his house.

In a recent interview with Canadian sports analyst Cabral “Cabbie” Richard on SportsCentre, Warriors point guard Stephen Curry was asked about the line, “Golden State running practice at my house.”

“That got some real life aspect to it,” he says. “Me and my brother-in-law, I was playing one-on-one with him at Drake’s house. They were watching. They didn’t really shoot that much that day, but my brother-in-law got all that work, so that was good.”

Curry says that Drake and his friends and some of the MVP’s family were watching him play Jaz Alexander, who is a brother to his wife, Ayesha Curry.

Drake also claimed the league’s leading three-point shooter played hoops at his house in an interview with Comcast Sportsnet during All-Star Weekend. He said that Curry and Alexander play each other frequently and Drake had an idea to host more basketball at his home.

“I was like, ‘Man, we gotta ball this summer. We gotta actually play. You should bring the whole squad,'” he remembers telling Curry. “He’s like, ‘Alright, we might come out there and really run a little scrimmage.’ I was like ‘Ok, I might have Golden State practicing at the house.’ That was kinda where the line came from. That’s what I like to do. I like to say things kinda right before they happen.”

Watch the videos of Stephen Curry and Drake explaining the line about Drake hosting Golden State Warriors practice at his house below: