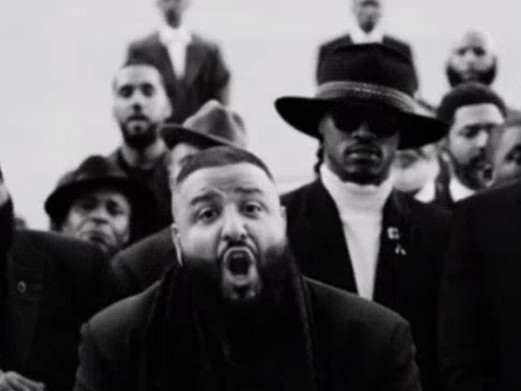 While the world awaits Future‘s Beast Mode 16, the Atlanta megastar previewed some new material with DJ Khaled in the studio in a new clip that appeared on Twitter.

.@1Future & @DJKhaled back in the studio recording some new ? ?

Future and Khaled teamed up when the Miami mogul premiered the Dirty Sprite 2 MC’s EVOL album on his “We The Best Radio” show in February. Future then appeared on the Major Key lead single, “I Got the Keys” with Jay Z as well as the star-studded “Do You Mind.”

Future has a little more than two months left to drop Beast Mode 16 within the  year of its namesake. Zaytoven said last month that the project, which would be the sequel to the successful Beast Mode mixtape, was finished and awaiting Future’s say so for release.

The project reportedly includes a song with Drake after he partnered with Future for the joint album, What a Time to be Alive and Future appeared on Drizzy’s record-breaking VIEWS album.