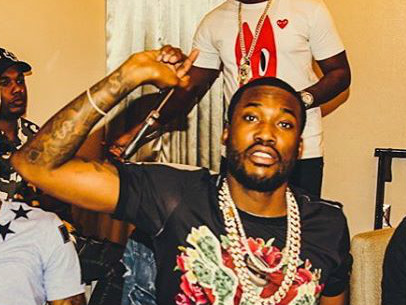 Philadelphia, PA – The Game continues his story from saying Beanie Sigel was beat up by Meek Mill and his goons by exploring the different cheesesteak spots around the MMG rapper’s hometown.

It’s not really clear what The Game is trying to prove here, maybe win the hearts of the City of Brotherly Love, but he posts a picture of a sandwich from Max’s Steaks, a restaurant that appeared in the Michael B. Jordan film Creed.

Now I'm going to kindly take my NORTH PHILLY cheesesteak to go…. & eat it on the bus…. We drove 2 hours out the way cause y'all said Max's was better than @genossteaks…. ??? we bout to see…. oh' & lemme guess.. we came to north Philly, but we ain't gone go to WEST PHILLY….. Philly, I LOVE YOU….. now, Rhode Island… here we come !!!!!!! #Ooooouuuuuuu And shout out my folks next door at #TheClockBar ? #NextTheyGoneSayIWontGoToAlaskaAndGetASnowcone ????

This comes after fans roasted him for going to Geno’s Steaks last week because apparently, it’s a tourist site and not where the real Philadelphians go.

Swear to God I love @genossteaks in South Philly….. came 3 hours out the way to get my favorite steak before my show tonite… #Genos #APhillySteakAhHaveYouLike #Oooouuuuuuu

Shout my man Anthony @genossteaks for looking out for me & the gang when we slid thru….. had to hit eem wit the $100 tip… I appreciate it… always love #Philadelphia (typo)

But there were quickly holes that appeared in The Game’s story as it appears the picture of the Max’s cheesesteak is just a googled image. And it’s not hard to notice that he’s shaking hands at Geno’s while is not in the picture with the other sandwich.

Then Baller Alet and Meek Mill’s Dreamchasers friend went and spoke to the Max’s employees who said the Compton rapper never showed up in the first place.

???? only so long fake thugs can pretend…

But The Game had a response for that.

This nigga #meesha side bitch @tak215 gone show up 3 hours after we bounce talkin bout niggas ain't come there…. boy if you don't take yo fat black ass to sleep & get some rest so u can wake up early & wash meesha nuts for eem'….. tell you what, since you so tuff… you square up wit @Wack100… #McMumbles square up wit @BwsByrd & me & Lil meesha can catch our fade….. all that funeral talk u doing on ya gram ain't scaring nobody & its gone back fire on you #DickChasers #PhillyYallGotRatsMakinYallLookBad & yall ain't gotta worry bout @akademikstv ?? I'll do it this time !!!! #HowMuchYouGiveThemToSayWeWasntTherePussy #WeWasntInSouthPhilly #WeWasntInNorthPhilly #GuessWeGhostsThen #Foh ? #iFuckWitPhilly #iJustHateRats

Meek Mill finally chimed in and poked even more holes in the story, saying that The Game edited his voice over someone else’s Snapchat story.

This all started when The Game called Meek Mill a snitch on his “92 Bars” single off his upcoming 1992 album. Meek Mill fired back with “OOOUUU” remix featuring Omelly and Beanie Sigel. The Game retaliated with “Pest Control.”

The fire has been stoked by Instagram barbs on both sides. Drake, Safaree and Nipsey Hussle have all chimed in at one point or another.

Meek Mill seems to be slowing down, most likely with the help of the advice he got from Big Meech.

But The Game is apparently not pumping the breaks any time soon.