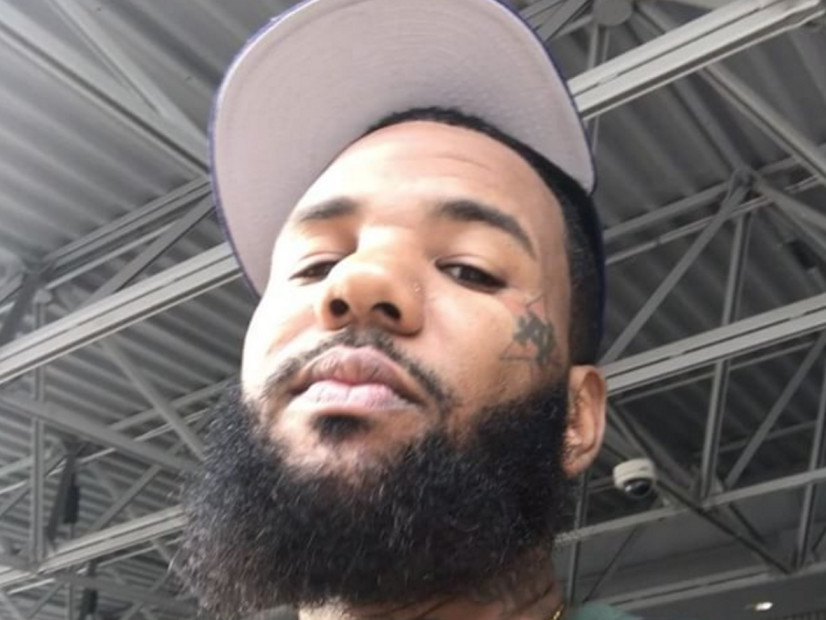 Philadelphia, PA – The Game was recently out in Philly claiming it’s not all love between Beanie Sigel and Meek Mill. After Beans jumped on Meek Mill’s “OOOUUU,” the Broad Street Bully allegedly got jumped by the Dreamchasers crew for his efforts.

Um, what part of the game is that?

In an Instagram video, Game says that Meek Mill and his goons went to the Philadelphia stop of the Bad Boy Family Reunion Tour and beat up the Roc-A-Fella legend.

“So the young bull knocked out the old head because he was drawling at the jaw,” The Game says. “Niggas is crazy, man. Niggas went and got Beans on a song to diss me. That ain’t do what niggas thought it was gonna do, so y’all went back and beat the legend up, man?”

Some are suggesting that Meek Mill’s crew came after the legend because he kept calling himself the King of Philly during his performance at the show.

But in an interview with Baltimore radio station 92Q Jams that took place before the show, Beans hints that Meek Mill enlisted his help to write the diss track.

“He didn’t say nothing to get on the track,” he says. “I just happened to come in the studio. I just was helping him out with some lyrics. The situation kinda played out like it did. It’s really no beef, especially between me and Game. Me and Game got a good relationship. Had one for years, so it’s not me and Game beef. That’s The Game and Meek Mill beef.”

Sigel, who says he just like to rep Philly, is asked to further detail what he means by “helping him out with some lyrics.” Remember, the Dreamchasers leader was the one who called out Drake for using a ghostwriter last summer, which ignited a beef that is still going on.

“I don’t want to put it out there like that and discredit nobody for they skills or nothing,” was Beans’ simple response.

The Game seems to think the reason for the beatdown was the latter, as he made another Instagram post with the Teenage Mutant Ninja Turtles and Splinter photoshopped to look like Meek Mill, Omelly and Sigel. In the caption, he laughs at Meek Mill’s inability to write his own diss track, as well as the silencing of his comments to avoid the endless slander of rat emojis.

So 1st, it was just me vs #MeekyMouse then he went & got his big cousin cause he can't fight…. Then we figured out this nigga cousin can't rap.. so these idiots go get Beanie Sigel & bring him outta retirement to write they raps…. only to get bodied on #PestControl as a group !!! Then niggas say I can't come to Philly, so I go get a cheesteak from @genossteaks in SOUTH PHILLY…. then when I get there, niggas say.. I'm at the tourist spot… naw nigga.. I'm where #Meesha shot his video at cause that's all I know.. I aint from PHILLY nigga, I went where they went… & #McMumbles #Mmm #Mmm #Mmm is from SOUTH PHILLY & we pulled 2 BIG ASS tour buses up wit my face on the side… ordered food, sat there for a hour & ate that shit !!! Wasn't bad by the way ??? lol…. so then now that I'm in SOUTH PHILLY, niggas saying why you ain't come to NORTH PHILLY….. I see I'm gone have to.. then when I get there, what they gone say… why I ain't got to WEST PHILLY ??? LOL…. y'all got this shit fucked up…. Game is good EVERYWHERE cause I been solid EVERYWHERE !!! Niggas tryna turn #PHILLY against me…. naw, i fuck wit the WHOLE PHILLY… I just don't fuck wit ya man #MeekyMouse cause he a ???????????????? now you mad cause Sigel told @persianicole that he wrote y'all shit on the diss song so y'all jumped y'all own man at the Puffy concert… ???? you niggas is characters b…. I went to South Philly cause that's where Meek shot the video & his non rapping Ass cousin is from 10 blocks from Geno's… 2 big ass loud ass tour buses sliding down them tight ass streets & nobody heard or saw nothing huh ??? & #Meesha from NORTH PHILLY but don't be around there no more cause AR-AB & his niggas running that now…. you turn ya comments off cause you got tired of seeing them ??'s & L's…. what about yo fans Nigga ??? They can't holla at you no more on the gram ??? Tell u what… all #Meesha & #DickChaser fans come over here & talk to me…. I'm in the comments & we can holla… whether you hate me or love me… we can cop it…. #OOOOUUUUUUUU #AndImHungryAgain #IsNorthPhillyOnTheWayBackToNewYork [ASKS BUS DRIVER] nope, but we can go.. ?