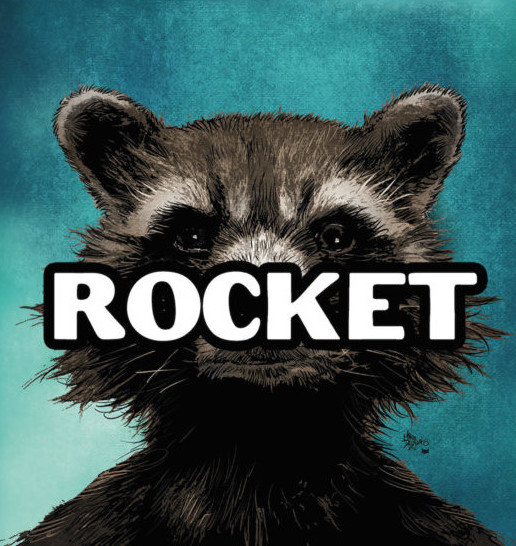 “You know the deal,” Mass Appeal reports in the exclusive unveiling. “Marvel has an ill, ongoing series of variant covers that pay tribute to great hip hop albums.”

Schoolboy Q’s Blank Face LP was remade into Doctor Strange and The Sorcerers Supreme. Doctor Strange will have a title role in an upcoming November film and will be played by Benedict Cumberbatch.

Action Bronson & Alchemist’s Rare Chandeliers became the inspiration for “Solo aka James Bourne produced by Omega Strike.” Solo is a counter-terrorism operative in the Marvel Universe.

Tyler, The Creator’s Goblin morphed into Rocket Raccoon. Rocket is a featured member of “The Guardians Of The Galaxy.” Guardians which debuted in 2014 was a box office smash piloted by Chris Pratt. The film made over $770 million upon its release, which prompted Marvel to green light a sequel, set to debut in 2017.

Previous installments of the series have included LL Cool J as Luke Cage, Kevin Gates as Jessica Jones, Chance the Rapper as Nova and Wu-Tang as Champions.

Peep the latest Hip Hop varients down below.